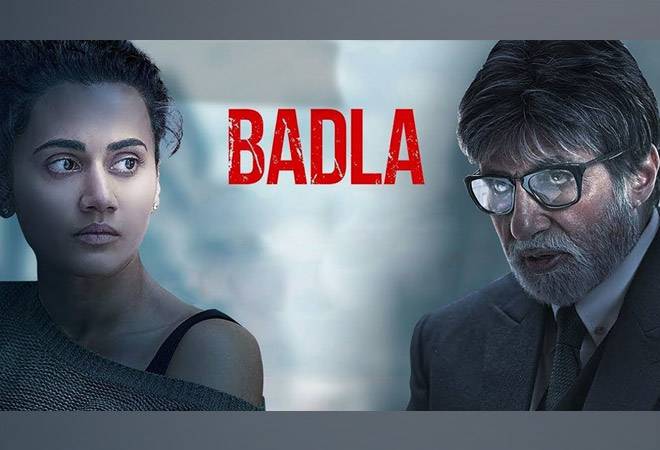 Amitabh Bachchan and Taapsee Pannu starrer Badla has become a hit at the box office. The crime-thriller has raked in Rs 56.70 crore in 10 days.

According to film critic and trade analyst Taran Adarsh, Badla has a potential to cross Rs 75 crore in its second week.

According to Taran Adarsh, Badla has outperformed at the box office, and has surpassed collections of superhero flick-Captain Marvel in its second weekend.

The Sujoy Ghosh directorial marks Amitabh Bachchan and Taapsee Pannu's second film after 2016 hit-flick Pink. And just like Pink, this crime thriller has also received overwhelming reviews from critics and praises from cine-goers.

Ghosh who is known for his thrillers like Kahaani and Kahaani 2. His Badla is the official remake of the Spanish movie The Invisible Guest.

So far, Badla has had an uninterrupted run at the box office with no major release disrupting its course. Badla will however be joined by Akshay Kumar's Kesari on Holi. Movie critic Taran Adarsh , however predicted that Badla will still continue to score at the ticket counters.

In Ghosh's intense-thriller, Bachchan plays the role of Taapsee Pannu's lawyer, Badal Gupta. Naina (Taapsee), is accused of killing the man she had an affair with.