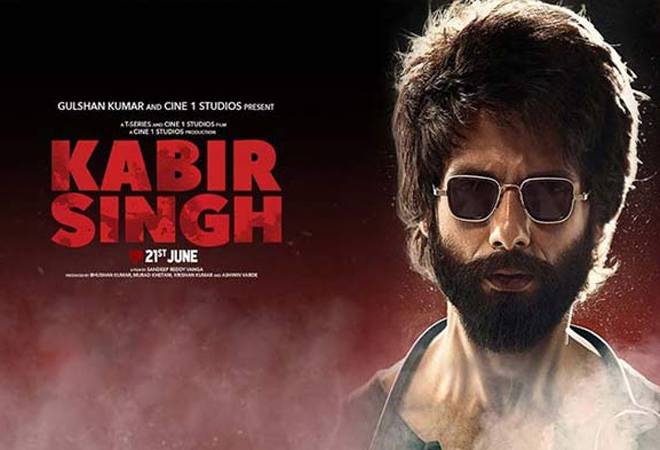 Kabir Singh Box Office Collection: Helmed by Sandeep Vanga Reddy, Kabir Singh, despite its criticism for glorifying misogyny and abusive content, has turned out be the most successful film of Shahid Kapoor's career.

Kabir Singh Box Office Collection: Shahid Kapoor's this latest film has overshadowed the buzz as well as thebox office business of both Ayushmann Khurran's Article 15 and Hrithik Roshan starrer Super 30. In just two days, Kabir Singh will complete a month in the multiplex, but that has not stopped film from raking in moolah. The action-cum-romantic drama film has minted Rs 266.26 crore in the domestic box office market and in overseas, it has earned $ 5.56 million, taking the overall worldwide collections to Rs 354.22 crore.

Helmed by Sandeep Vanga Reddy, Kabir Singh, despite its criticism for glorifying misogyny and abusive content, has turned out be the most successful film of Shahid Kapoor's career. In the film, Shahid Kapoor has played the role of  a violent and troubled surgeon who sinks into a spiral of drug and alcohol-fueled rage after his girlfriend (played by Kiara Advani) marries someone else. The film has been accused of misogyny and glorifying toxic masculinity and has received savage responses from the critics. The film is remake of Telugu-hit Arjun Reddy.

However, the film's business has not faced any such impact, instead, the negative publicity has only added more profits to its producers and also its team. It has been reportedly said after the box office success of Kabir Singh, Shaihd Kapoor has hiked his fees from Rs 30 crore to Rs 35 crore per movie.

Among the top five Bollywood grosser of 2019, Shahid Kapoor's Kabir Singh was the only film that had a traditional Friday release, while others, like Gully Boy, Kalank and Bharat were benefited from either an extended weekend or a festival. Kabir Singh was released on June 21 in n 3,123 screens in India and a total of 493 screens overseas.