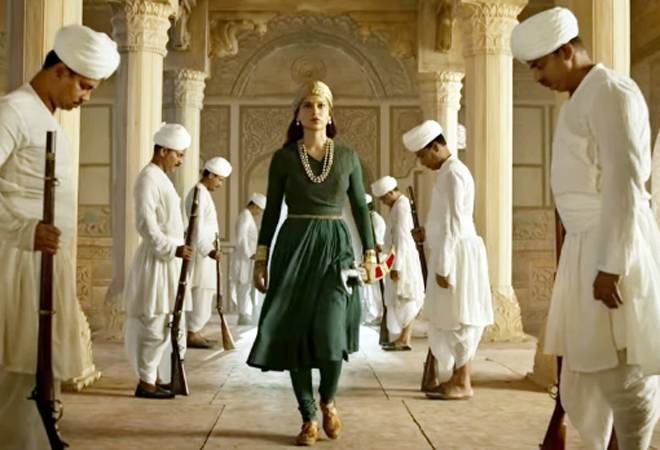 The film released on January 25 had made Rs 50 crore in the first five days of its release and by day 10, the film had earned Rs 75 crore.

Other territories still being updated. #Overseas

Made with a big budget of Rs 125 crore, Manikarnika is the costliest woman-centric movie in Bollywood. It, however, has a considerable way to go before recovering its budget.

The film's Hindi version has done well, in comparison to the Tamil and Telugu versions. Also, Manikarnika has noted loss in Mumbai and Gujarat. Delhi and Uttar Pradesh have proved to be a strong market for the film.

Kangana Ranaut has also made her directorial debut with Manikarnika. The film is co-directed by Radha Krishna Jagarlamudi and the music is composed by Shankar-Ehasaan-Loy. The film features Atul Kulkarni as Tatya Tope, the key commanding officer in the 1857 revolt, Suresh Oberoi as Peshwa Baji  Rao II, and Danny Denzongpa as Ghulam Ghaus Khan. The film also features Richard Keep, Yash Tonk, and Ankita Lokhande in pivotal roles.

There's a possibility that Manikarnika's will continue its steady run in the third weekend as well, since there are no other big releases this Friday. The film's business may see a decline only when the much-awaited Zoya Akhatar's Gully Boy, starring Ranveer Singh and Alia Bhatt, hits the theatres on February 14. Until then, Kangana Ranaut needs to make the most out of it.