Simmba Movie Box Office: With Ranveer Singh's hit, Rohit Shetty who has a record that is yet to be surpassed by other directors. 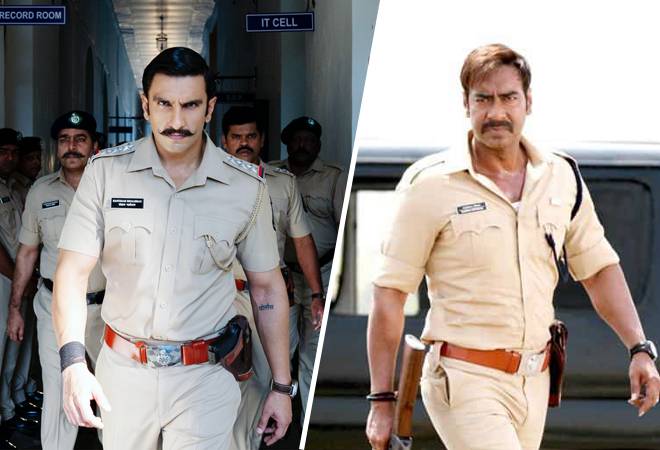 Even before its release, Ranveer Singh-Sara Ali Khan's latest offering, Simmba, was anticipated to become a hit. While a host of factors were expected to contribute to its collections, the primary bet was that Simmba is a Rohit Shetty film. Shetty has a stellar record when it comes to the box office - a record no other director has been able to beat. Rohit Shetty has the maximum number of films in the Rs 100 crore club. With Simmba's box office collection, that record is only getting indomitable.

To begin with, Simmba has comfortably slid into the Rs 100 crore club in five days. Rohit Shetty's Simmba made Rs 20.72 crore on the opening day, followed by Rs 23.33 crore on Saturday, Rs 31.06 crore on Sunday, Rs 21.24 crore on Monday, Rs 28.19 crore on Tuesday, taking the India collection to Rs 124.54 crore. Simmba also made Rs 50.21 crore from overseas market in that duration. The worldwide box office collection of Simmba in five days was Rs 175.75 crore. The Wednesday collections are yet to be announced. Simmba's box office is expected to reach Rs 150 crore in India.

With the latest hit, Simmba, Rohit Shetty has eight consecutive films in the Rs 100 crore club. Shetty has made only 13 full length films so far.

Rohit Shetty's first Rs 100 crore movie was Golmaal 3 (2010) that made Rs 106.34 crore. The third film of the Golmaal series starred Ajay Devgn, Kareena Kapoor, Arshad Warsi, Tusshar Kapoor, Kunal Khemu, Shreyas Talpade, along with Johnny Lever, Ratna Pathak Shah and Mithun Chakraborty.  The second movie to make it to the much coveted club was the 2011 Ajay Devgn-starrer, Singham that introduced Bajirao Singham to the audience.

These two hits were followed by the very forgettable Bol Bachchan in 2012. Starring Abhishek Bachchan and Ajay Devgn, the movie went to make Rs 102.94 crore. The following year, Shah Rukh Khan-Deepika Padukone starrer Chennai Express was released that became a mammoth hit at the box office. The movie made Rs 220.73 crore.

In 2014, Shetty was back with another instalment of Singham. Singham Returns that starred Ajay Devgn and Kareena Kapoor made Rs 140.62 crore. Another SRK-starrer came the following year that was panned by critics but went to become a hit at the box office. Dilwale (2015) that also starred Kajol, Varun Dhawan and Kriti Sanon made Rs 148.72 crore.

From the looks of it, Rohit Shetty has figured out the way to make the audiences happy - commercial movies with a blend of drama, comedy, action and a hit song.