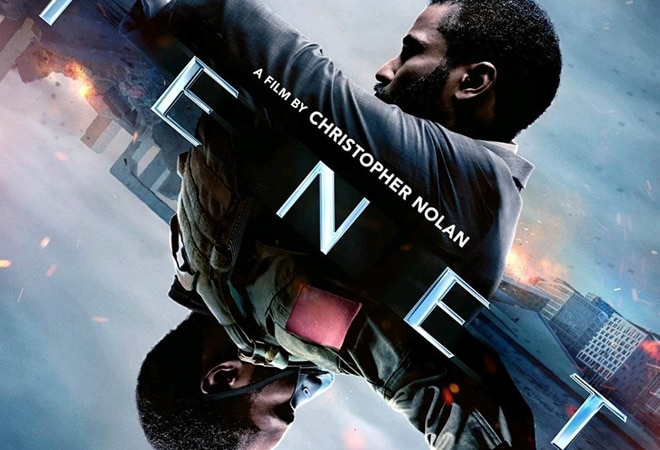 Hollywood director Christopher Nolan's big-budget film 'Tenet' has recorded a good start at the Indian box office and managed to earn over Rs 1 crore at the domestic box office on its first day. The espionage-thriller movie recorded the best collections any film has seen since the reopening of theatres in October.

Owing to the closure of cinemas due to the COVID-19 pandemic, India is among the last few countries where 'Tenet' has received a theatrical release. The film was released in the UK on August 26 and in the US on September 3.

The critics appreciated Tenet -- starring John David Washington, Robert Pattinson and Dimple Kapadia -- and said that the movie surpassed general expectations as far as the opening weekend predictions were concerned.

The film earned an around Rs 1.1-1.2 crore on its opening day, according to Box Office India. Although the collection wasn't so strong on Day 1, it was reported that half of the earnings from the opening day came through pre-bookings. There were many shows which had a turnout of more than 100 people with some IMAX screenings reaching the maximum permitted capacity.

Nolan's latest film Tenet is a spy action thriller where two secret agents, played by Pattinson and Washington, take one on a time-bending mission. The movie also stars Elizabeth Debicki, Kenneth Branagh, Michael Caine, Aaron Taylor-Johnson and Clemence Poesy. Tenet was shot across seven countries - US, UK, Denmark, Estonia, Italy, Norway and India. Some of the film's sequences in India were shot around South Mumbai in 2019.

Nolan, following the film's release, penned a note of appreciation for Dimple Kapadia that was shared online by Bollywood star and her son-in-law Akshay Kumar. The note reads, "Dimple, What can I say? Working with you has been a delight! Watching you bring Priya to life all around the world has been fantastic. Thank you for your great skill and hard work, and for lending your talent to 'Tenet'. Best wishes."

Akshay, sharing the note, said, "Here's my proud son-in-law moment! #ChristopherNolan pens a heartfelt note to #DimpleKapadia on the eve of their release. Had I been in her place, I wouldn't have been able to move in awe but having watched her on-screen working her magic in #Tenet, I couldn't be more happy and proud of Ma."

Also Read: 'Not certain': Pfizer CEO on if their COVID vaccine stops transmission