While Rs 123 crore in itself is great collection for a movie, the fall of Thugs of Hindostan over the weekend is worrisome. 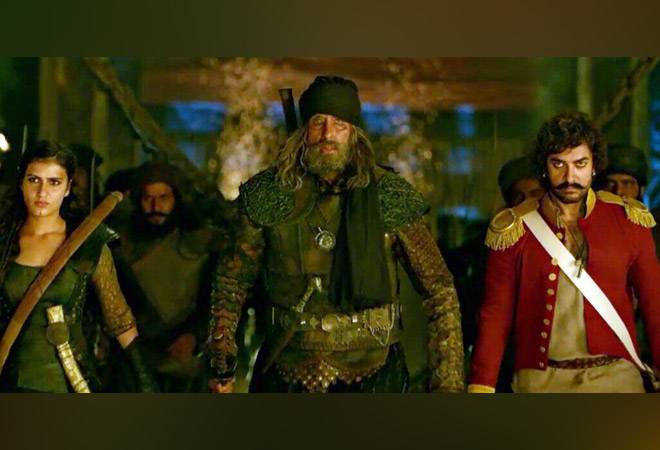 While Aamir Khan's latest movie, Thugs of Hindostan, opened to exceptional numbers on Thursday, its collection saw a rapid fall over the following days. From Rs 50.75 crore on its opening day to Rs 17.25 crore on its first Sunday, things are not looking great for Khan's epic adventure movie. Thugs of Hindostan made Rs 28.25 crore on Friday, Rs 22.75 crore on Saturday, with the total collection of the Hindi version standing at Rs 119 crore. The Tamil and Telugu versions added another Rs 4 crore, taking the total to Rs 123 crore so far.

While Rs 123 crore in itself is great collection for a movie, the fall of Thugs of Hindostan over the weekend is worrisome. Since it was an extended weekend due to Diwali festivities, the footfall was expected to be high. But as the extended weekend comes to an end, the real test will be the weekday collections starting on Monday.

While audiences were waiting for Aamir Khan's next release after Dangal, Thugs of Hindostan has not been very well received. Critics too have widely panned the movie. Additionally negative word-of-mouth has only made matters worse.

With #Diwali festivities coming to an end, #TOH is expected to decline rapidly on weekdays [in view of the disturbing weekend trend].

Although Thugs of Hindostan became the first Indian film to make Rs 50 crore on its opening day, it is rather telling that its three-day collection remains lower than Sanju and Tiger Zinda Hai.

Thugs of Hindostan revolves around a merry band of thugs who battle the East India Company and its gradual colonisation. A British commander sends a small-time crook from Awadh to infiltrate their ranks and take the rebellious gang down.

Deepika-Ranveer wedding: This is how much a couple's trip to Lake Como will cost