Tiger Zinda Hai collected Rs 206.04 on its first week itself, while on the second week; it saw a collection of Rs 85.51 crore. 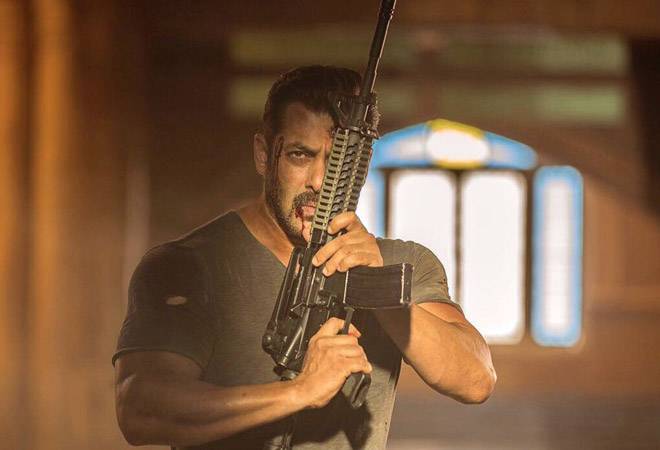 Salman Khan's latest blockbuster movie, Tiger Zinda Hai, has collected almost Rs 300 crore, making it the highest grossing Bollywood movie of 2017, and also the one to end the spate of big-budget flops the movie industry experienced last year. The upcoming weekend would only add to its ever-growing collections. However, Tiger Zinda Hai has not only set the cash registers ringing, it has also received positive reviews from critics and audiences alike.

Upon its release trade analyst, Taran Adarsh called the movie a "blockbuster" and gave it 4.5 out of 5 stars.

The holiday season, combined with the fact that it is a Salman Khan and Katrina Kaif movie, with no major releases to compete along ensured that Tiger Zinda Hai would pull the audiences to the theatre.

On its opening day itself, Tiger Zinda Hai collected Rs 34.10 crore and went on to make Rs 45.53 crore on its first Sunday, making it the highest single-day collection of any Salman Khan movie ever. However its collection on the second week was affected by the agitation in Maharashtra.

Following its huge opening, Tiger Zinda Hai has been faring well even on the weekdays. As Taran Adarsh mentions, the movie earned Rs 5.09 crore on Thursday taking its collection to Rs 291.55 crore in two weeks. Tiger Zinda Hai is also likely to cross the lifetime business of Salman Khan and Anushka Sharma's Sultan.

Tiger Zinda Hai collected Rs 206.04 on its first week itself, while on the second week it saw a collection of Rs 85.51 crore.

Ali Abbas Khan's Tiger Zinda Hai is a sequel of Kabir Khan's Ek Tha Tiger and the second instalment of the Tiger series. Tiger Zinda Hai stars Salman Khan and Katrina Kaif reprising the roles of RAW agent Tiger and ISI agent Zoya, along with Sajjad Delafrooz, Angad Bedi, Paresh Rawal and Girish Karnad, along with Salman Khan and Katrina Kaif. The movie revolves around the two agents trying to rescue 25 abducted nurses from a terrorist group in Iraq.