Veere Di Wedding performed well overseas as well and debuted on the top 10 charts in Australia, New Zealand and UK. 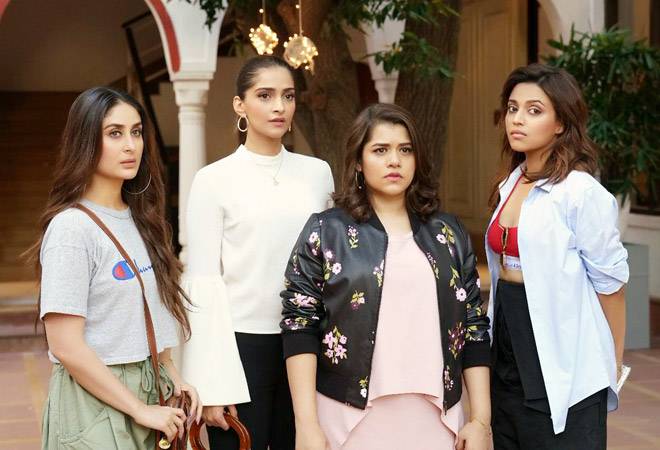 Kareena Kapoor-Sonam Kapoor-Swara Bhasker-Shikha Talsania starrer buddy comedy-drama is still going strong in the box office. After a very strong opening day and weekend, Veere Di Wedding performed well on the first weekday as well. While Veere Di Wedding's content has been called bold and has been critiqued by many for the same, it continues to attract its fair share of audience. This proves that there will always be takers for feel-good movies and women-centric ones. Not only in India, Veere Di Wedding has also done well abroad as well, where, as mentioned by Taran Adarsh, Indian films with an abundance of cuss words and with adult content do not do well. But Veere Di Wedding debuted on the top 10 charts in Australia, New Zealand and UK. At home, Veere Di Wedding continued its strong run with a collection of Rs 6.04 crore on Monday.

Veere Di Wedding became the third-highest opening day of the year after Baaghi 2 and Padmaavat with its first-day collection of Rs 10.70 crore. It overtook the opening day collections of PadMan and Raid. Veere Di Wedding also became the fifth-highest opening weekend after Padmaavat, Baaghi 2, Raid and PadMan. The movie is playing across 2,647 screens worldwide, with 2,177 screens in India and 470 abroad.

While a lot of people are critiquing the movie for offering more style than substance, there are people who also believe that this movie exists and continues to work well in box office is a good and welcoming sign for women-centric movies. A lot are of the opinion that the movie is not rooted in reality and has also been heavily criticised for its brand plug-ins. In fact, a video of a woman who criticised the movie for offering only brand plug-ins and high-end fashion went viral on social media.

Directed by Shashanka Ghosh, Veere Di Wedding revolves around four childhood friends Kalindi (Kareena Kapoor), Avni (Sonam Kapoor), Meera (Shikha Talsania) and Sakshi (Swara Bhasker) who reunite after ten years for Kalindi's wedding. It is then that they realise how different their lives turned out to what they expected.

Akash Ambani-Shloka Mehta to get engaged on June 30; here's the invite