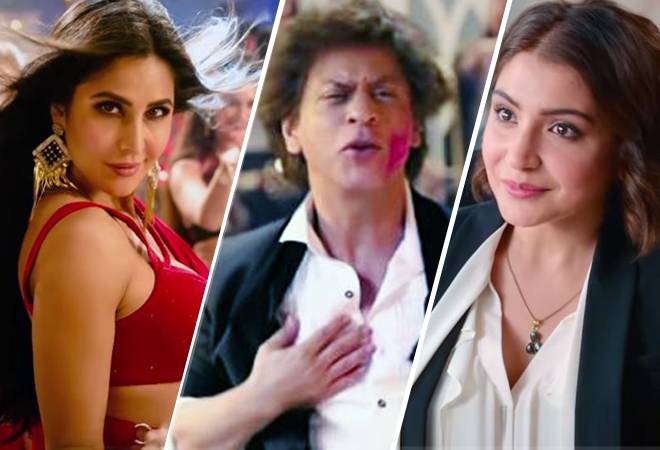 Shah Rukh Khan, Anushka Sharma and Katrina Kaif's Zero, which is touted to be the superstar's most expensive film to date, is witnessing continuous decline in its collections. The Aanand L Rai's directorial has received negative reviews and unflattering word of mouth that led to its drastic failure at the box office.

Shah Rukh Khan's Zero has managed to collect nearly Rs 90 crore at the box office after more than two weeks of its release, which is hugely unimpressive for a film that stars some of the biggest Bollywood actors. The film is struggling hard to cross Rs 100 crore mark at the box office. Zero's maximum single-day collection is of Rs 20.71 crore, which it made on its very first Sunday. Zero was produced on a massive budget of nearly Rs 200 crore and is Shah Rukh Khan's costliest film to date.

As if things were not already bad for Shah Rukh's movie, Zero is also facing tough competition from Rohit Shetty's Simmba and Prashanth Neel's KGF: Chapter 1. Ranveer Singh-Sara Ali Khan's Simmba, which released on December 28, has earned Rs 159.83 crore and Yash's KGF has earned over Rs 170 crore at the domestic box office since its release on December 21, the same day as Zero.

In Aanand L Rai's Zero,  Shah Rukh essays the role of a man named Bauua Singh, who is vertically challenged and is looking for a bride. The film narrates the story of Bauua, who spends his father's money and falls in love with Anushka's character, Aafia Yousafzai Bhinder who suffers from cerebral palsy and is wheelchair-bound. But then, the woman of Bauua Singh's dream, superstar Babita Kumari, played by Katrina Kaif enters his life. Bauua's love story then travels from India to US to outer space.