Bala box office collection: With his latest hit, Ayushmann Khurrana has given nine hits in a career of thirteen movies 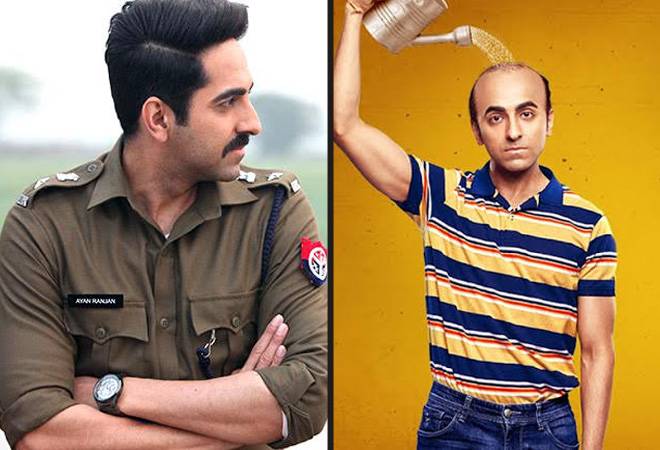 If his recent trail of movies is anything to go by, then money-spinner Ayushmann Khurrana has stumbled onto the secret of how to make blockbuster movies. How else does one explain seven consecutive superhits? Moreover, the actor seems to have figured out the fine balance between quality content and commercial successes.

However, Ayushmann Khurrana's best work till date, in terms of its reception and critical response is Andhadhun. The actor received a National Award for his portrayal of a piano player pretending to be blind. The movie also performed exceptionally well overseas, especially in China, taking the total collection of the movie over Rs 300 crore.

His previous hits Bareilly Ki Barfi and Shubh Mangal Saavdhan, both made under Rs 25 crore made nearly Rs 70 crore at the box office.

His first film Vicky Donor, 2012, shot him to fame with its unusual plot and was rather well received. Made on a very small budget, Vicky Donor made around Rs 60 crore at the box office. While his next couple of movies did not get any traction, Khurrana's second hit came in the form of Dum Laga Ke Haisha in 2015.

Ayushmann Khurrana's consistent hits have earned him a reputation of sorts. At a time when A-listers are failing to bring in the moolah, Khurrana's track record is the subject of envy. The fact that he stars in a movie is enough to get audiences to flock the theatres. From a young balding guy to a sperm donor, from a police officer trying to crack a case to a piano player pretending to be blind, from a guy in his late 20s embarrassed of his mother's pregnancy to a young groom embarrassed of his wife's weight, the many avatars of Ayushmann Khurrana have managed to thoroughly entertain the audience.

As the actor is working on his next project Gulabo Sitabo, it remains to be seen if he can wave his magic wand and command another hit.