Bharat trailer: Releasing on June 5, the Salman Khan-Katrina Kaif-Disha Patani starrer is a remake of a Korean film. 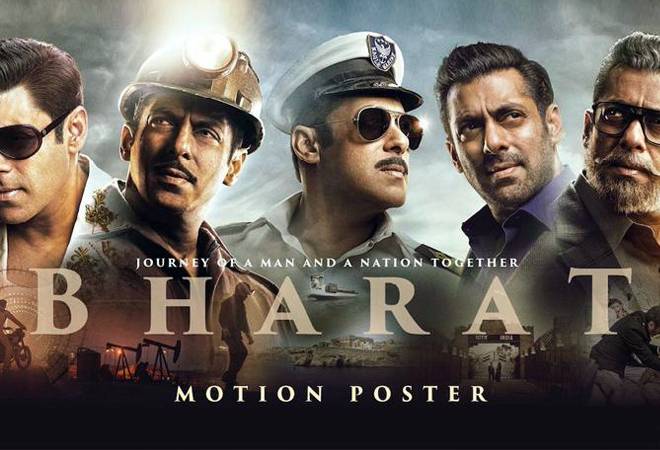 The trailer of Bharat starts with Pandit Nehru's famous 'At the stroke of midnight' speech. In his signature tone, Khan says that people see a middle-class old man and assume that he had a boring life but little do they know that his life is more colourful than the amount of white hair he has. Khan's character is called Bharat, with no surname. He believes that such a grand name would be taken down a notch if suffixed by a surname.

From what is known of the movie so far, Bharat traces the life of the protagonist till 70 years of age. The trailer shows Khan in a circus, in the sea, in an oil field and finally in Delhi. The film looks at the changing times in the country from the day of independence till now.

Co-star Katrina Kaif looks impeccable as always in a saree and curly hair. She is also called madam-sir by him.

Bharat will hit the screens on June 5. His last big Eid release, Race 3, proved to be a dud and was quickly forgotten by moviegoers.

Bharat is an official remake of the Korean film, An Ode To My Father. It has been adapted to suit Indian sensibilities. Director Ali Abbas Zafar said, "It is important to show Salman in a different light as Indian cinema is changing and leaving a mark with every film is important."