During their interrogation with the NCB officials, the actresses denied substance abuse and had reportedly said "they don't even smoke cigarettes" 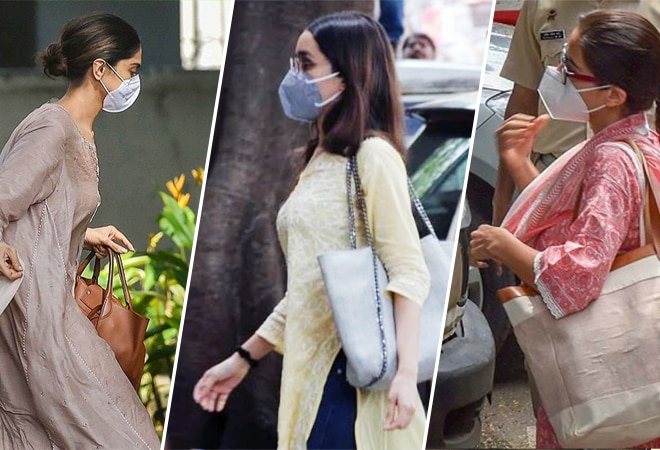 In a latest twist in the Bollywood drugs probe, the Narcotics Control Bureau (NCB) has reportedly 'almost' given a clean chit to actors Deepika Padukone, Sara Ali Khan, Shraddha Kapoor and Deepika Padukone's manager Karishma Prakash. During their interrogation with the NCB officials, the actresses denied substance abuse and had reportedly said "they don't even smoke cigarettes". These actresses also denied having any information on Sushant Singh Rajput's drug habits.

Karishma Prakash and Deepika Padukone had allegedly told the drug watchdog that in the 2017 WhatsApp chats, both the women used terms like maal, weed, hash and doob as code words to talk about various kinds of cigarettes "for fun," according to a Times of India report. They added that they referred to low quality cigarettes as maal, slim while the better quality ones were called hash and weed and the thick ones as doob.

NCB officials asked the similar set of questions to Prakash and Padukone in separate rooms. "We were satisfied as both corroborated the codes," an official said. Meanwhile, actor Sara Ali Khan also told officials about her short relationship with Sushant Singh and added he was not faithful to her in their brief relationship and broke off in 2019. Sara was summoned by the central agency on the basis of actor Rhea Chakraborty's statement that she consumed drugs.