Google has put together a slide show showcasing the Australian wildlife conservationist in his elements exploring the outdoors, holding and playing with a crocodile and spending time with his wife and kids. 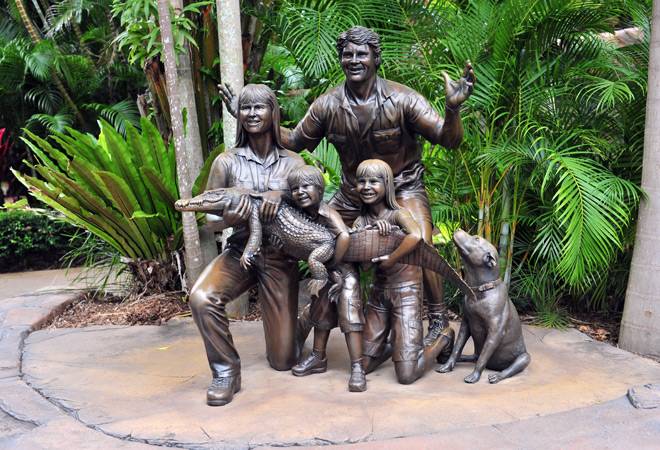 Google is celebrating the legacy of the late 'crocodile hunter', Steve Irwin with a Doodle today. In the honour of Steve, Google has put together a slide show showcasing the Australian wildlife conservationist in his elements exploring the outdoors, holding and playing with a crocodile and spending time with his wife and kids.

"Today's Google Doodle acknowledges the life and achievements of my husband Steve Irwin, whose efforts to protect wildlife and wild places have been recognized as the most extensive of any conservationist," wrote Irwin's wife Terri in a blog post for Google.

Irwin passed away in September 2006 when stingray barb went through his chest during filming for a documentary project.

Steve Irwin was honoured with the Centenary Medal for a lifetime of service in 2001 and was also listed for the Australian of the Year in 2004. To further honour Steve Irwin's legacy, November 15 is celebrated as the Steve Irwin Day.

Steve's parents, Bob and Lyn Irwin, taught him to love the wildlife. They even gifted him an eleven-foot python, Fred, for his sixth birthday. Later on in Queensland, Irwin opened a reptile park known as the Beerwah Reptile Park. It was here that he met his wife Terri Raines, and the couple married in her hometown of Eugene, Oregon, in 1992.

Steve Irwin first started playing with crocodiles at the age of nine years while volunteering with Queensland's East Coast Crocodile Management Program. He helped to monitor, study and relocate crocodiles living too close to populated areas, which lead to his love and respect for these predators. Steve Irwin also discovered a new species of snapping turtle, which was named the 'Elseya irwini' to honour him.