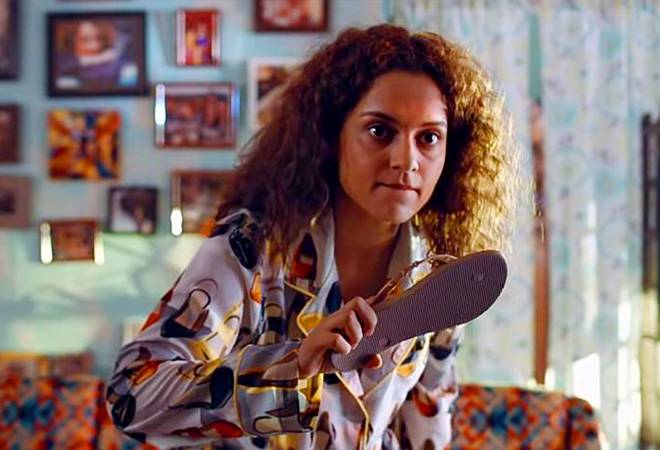 The film, released on July 26, has earned Rs 31.42 crore in one week. The film  collected Rs 4.40 crore on Day 1, which was less than Kangana's last release, Manikarnika: The Queen of Jhansi, which opened at Rs 8.75 crore.

The trend continued the whole of first week. At Rs 61.15 crore, Manikarnika had made almost double of what  Judgmentall Hai Kya  has earned in the first week.

According to film analysts, Judgementall Hai Kya may be able to pull in around Rs 40 crore in total, but its box office fate depends on how it fares in its second week. The only Bollywood competitor of Judgementall Hai Kya this week is Sonakshi Sinha-starrer Khandaani Shafakhana.

However, Hollywood biggie - Fast & Furious Presents: Hobbs & Shaw may turn out to be the biggest challenger for Judgementall.  Also, the other challenger for the film remains Hrithik Roshan-starrer Super 30, which has been made tax-free in multiple states across the country.

In director Prakash Kovelamudi's film Judgementall Hai Kya, Kangana plays the role of Bobby, a voiceover artist suffering from acute psychosis, while Rajkummar Rao, plays the role of Keshav, her new tenant. The story unfolds after Rajkumar's wife Rima (Amyra Dastur) dies and the blame comes on Bobby and Keshav. The story alternates between reality and illusion.