Jeff Bezos will retain the remaining 12% of the ecommerce behemoth, and sole voting power over the shares the couple once jointly controlled, adding up to a 16% stake in Amazon. 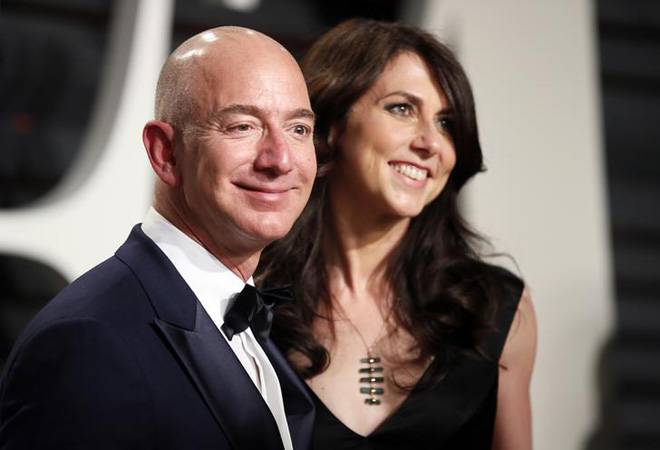 Amazon founder and CEO Jeff Bezos and his now ex-wife MacKenzie announced their much-watched divorce settlement on the social media on Thursday. With this the world's richest man has added another record to his name- that of the world's most expensive divorce.

"Grateful to have finished the process of dissolving my marriage with Jeff with support from each other and everyone who reached out to us in kindness," she said in a Twitter post, adding, "Happy to be giving him all of my interests in the Washington Post and Blue Origin, and 75% of our Amazon stock plus voting control of my shares to support his continued contributions with the teams of these incredible companies."

Bezos was quick to retweet this post to his 8.82 lakh followers. He had acquired the daily for $250 million in 2013, and Blue Origin is the rocket company he founded in 2000.

Mackenzie walks away from the 25-year marriage with about 4% of Amazon, a stake worth roughly $36 billion based on the ecommerce behemoth's market value yesterday, The Washington Post reported. This makes her the fourth richest woman in the world, after L'Oreal's Francoise Bettencourt Meyers, Walmart's Alice Walton and Jacqueline Mars, the heiress of the world's largest candymaker Mars, according to Bloomberg Billionaire's Index. The 55-year-old Bezos will remain the world's richest man with a net worth of at least $107 billion, based on his Amazon holdings alone.

The Washington Post report added that he will retain the remaining 12% of the company, and sole voting power over the shares the couple once jointly controlled, adding up to a 16% stake. With the couple's announcement, any lingering doubts about Bezos' continued control over one of the world's richest companies- a company he founded in 1994- is likely to dissipate.

However, the duo did not provide any further financial details about the settlement. Hence, details regarding the division of their various holdings in other companies, including biggies like Airbnb and Uber, as well as real estate is still unclear. Bezos Expeditions, his family office investment arm, has also invested in several other unicorns, including trucking startup Convoy, HR software firm Workday, healthcare firm Zocdoc and social networking site Nextdoor, apart from smaller businesses like Glassybaby and Plenty. He has reportedly also financed a multimillion-dollar project to build a clock that could run for 10,000 years.

Moreover, the Bezoses own multiple residences across the country, including the largest private home in Washington, D.C, which are worth big bucks.

The petition for divorce was filed in Washington state, a person familiar with the matter told Reuters and the divorce should be settled in roughly 90 days, according to an Amazon regulatory filing.