The new government, led by Prime Minister Narendra Modi, will present the Railway Budget on July 8 and the country's economic survey on July 9. 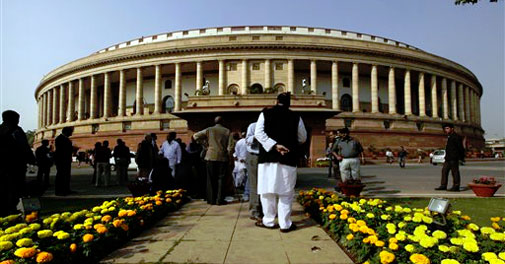 Finance Minister Arun Jaitley will present the union budget for the 2014-15 financial year on July 10, three days after the Parliament begins its budget session.

The Cabinet Committee on Parliamentary Affairs (CCPA) decided on Monday that the Budget session of Parliament will be held from July 7 to August 14.

The new government, led by Prime Minister Narendra Modi, will present the Railway Budget on July 8 and the country's economic survey on July 9.

The UPA government had presented an interim budget for 2014/15 to Parliament on February 17, ahead of national elections to cover expenditure until a new administration was installed.

The vote-on-account budget approved by the previous Parliament ends on July 31 and a new budget has to be in place before that date.

The CCPA, headed by Home Minister Rajnath Singh, decided that bills to replace ordinances, including the SC/ST Prevention of Atrocities (Amendment) Ordinance, the one on Polavaram project, the TRAI Act (Amendment) Ordinance and the one on Sebi, will be brought on a priority basis for consideration in the session, official sources said.

The ordinances have to be converted into bills before third week of July. The over month-long session will have a total of 28 sittings.

The Opposition is likely to rake up the issue of hike in rail passenger fares and freight rates ahead of the presentation of the Rail Budget.

Parliamentary Affairs Minister M Venkaiah Naidu had recently said that the election of Deputy Speaker will take place during the Budget session.

Speaker Sumitra Mahajan has already said that she would take a decision on the issue of the Leader of Opposition in the Lok Sabha before the Budget session. Congress, which lacks the requisite numbers, is seeking the post claiming that it is the single largest party in the opposition benches and its pre-poll alliance - UPA - has together more than the adequate numbers to claim the post.

5 ways the govt can bring a smile on taxpayer's face