A comprehensive monetary and fiscal policy is needed to rein in inflation across various components of WPI and CPI. 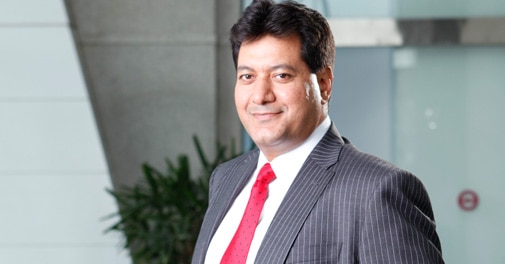 Rajesh Sud
With strong fundamentals, the Indian economy has tremendous growth potential. However, a right balance and more concerted efforts to channelise resources for an inclusive growth in Indian economy is required. The new government has shown intent in the right direction and the Union Budget must turn them into actions to make a difference.

India's growth engine has slowed considerably and FY 2014 was the second year in a row when Indian GDP grew by less than 5%. For the fiscal year 2006-07, India was the second-fastest growing economy with a 9.6%  growth rate, second only to China.

Current GDP growth is a huge climbdown from those levels and it has truly been a lost opportunity to harness the Indian economy's full potential.

The government will need to put an effective growth plan in place that will be able to tackle the burgeoning fiscal deficit, tame inflation, maintain a trade deficit level that can be financed by capital inflows and-most important-revive industry's confidence.

The net message of all the policy decisions has to be a clear "India is open to business, it subscribes to transparent dealings, it is anti-corruption and it wants to improve the lives of all its citizens but understands that it will require to do different things for different segments and is committed to this happening steadily through a period of time."

On the fiscal side, the following need to be focused upon:

1. Inflation must be restrained

After food inflation showing an easing trend for a few months, in the month of May, it once again increased to 9.5% as compared to previous year resulting in WPI rising by 6.01%. A high inflation rate eats into the disposable income of households and their saving capacity. The new Government must control inflation and encourage household savings. As experienced in China, this virtue can truly be the backbone of various capital formation plans that can fuel investment and growth.

The issue of inflation is a combination of demand and supply side factors. The RBI has raised repo rate several times but that is only a temporary mechanism. Supply side reforms are essential for a lasting solution to the problem of inflation. A comprehensive monetary and fiscal policy should be in place to rein in inflation across various components of WPI and CPI.

2. Bring in a new Green Revolution

About 55% of India's population still depends on the agriculture sector. At the same time over 9 million farmers have left farming in the last 10 years. It is time for Green Revolution 2.0 in India which would involve adoption more advanced agricultural inputs such as mechanization, high yield seeds and new irrigation technologies by Indian farmers. There is also a need for investing in knowledge and skill development of farming community which the Union Budget should provide for. There is a need to rationalize use of fertiliser subsidies. Precision agriculture seems to be a viable solution to optimally utilize scarce resources and build sustainable and profitable agriculture sector. Such efforts on the part of government will result in higher productivity which in turn will help stem the migration from agri-based rural economy to urban centres.

The new government needs to improve the competitiveness on export, expand into new geographies and substitute import with domestic production. The Current Account Deficit which is at 1.7% in FY 2014 has reduced sharply from 4.7% in 2013. It will be reduced further if a rounded export basket is promoted. More importantly, there is an immediate need to reduce the Fiscal Deficit and the Government needs to increase its earnings and reduce its expenditure. This can be done not only by reforming tax structures but also introducing fiscal discipline.

RBI data suggests that financial savings for Indian households as a percentage of GDP has marginally increased to 7.7 per cent of GDP in 2012-13 from 7.5 per cent in 2011-12 of GDP though it is still significantly lower than 10.3 per cent of GDP recorded in 2010-11. The marginal increase in the household financial savings rate during 2012-13 emanated from the higher growth in savings under bank deposits and mutual funds even as life insurance funds remained sluggish and out flows under small savings persisted.
Keeping in view the dented disposable income in the hands of individuals, Finance Minister should provide relief in income tax burden to individuals so that household savings rate could again pick up.

In the past few years, infrastructure development has slowed down due to many challenges such as regulatory delays, challenges in the PPP models and long-term funding sources of infrastructure projects. Many existing projects are either facing delays or stalled. 20,000 kms of road projects itself are lying untouched. The government needs to re-look into the PPP contracts and clear the bottlenecks for pending projects.

Life insurance plays a critical role in utilisation of small savings for infrastructure development. To help the sector further enhance this role, the Government has to provide right tax savings support to the long-term savings instruments and clearly differentiate it from short-term financial instruments. Tax incentives have been a key driver for the growth of disciplined savings behaviour, both in India and other markets.

The effectiveness of such tax policies is clear with regard to shifting national savings to life insurance and promoting long-term savings. An additional tax incentive of Rs 1.5 lakh to life insurance and Rs 1 lakh for retirement plans could result in significant growth in life insurance industry which will also result in additional inflow of Rs. 90,000 crore in infrastructure and Rs. 2,20,000 crore into government securities by Financial Year 2020. Abolition of tax on annuities will further add to this figure by strengthening pension inflows.

Opening up of FDI avenues should bring in long-term capital. Some of the announcements of outgoing Government included liberalizing FDI norms in sectors like retail, aviation and broadcasting should be continued with.

The insurance industry expects the Finance Minister to make announcement related to FDI increase in the sector. I would want the new Government to implement the long pending Insurance Bill amendment.  The proposed amendments include increasing the foreign equity cap to 49 per cent as against the current FDI limit of 26 percent. If this is done it will also bring in domain capital which is of critical importance in this phase of growth of life insurance industry. The bill also includes certain provisions to provide the Insurance Regulatory Development Authority (IRDA) with flexibility to discharge its functions. The overall objective is to support the reform process which is already underway in the insurance sector to bring back growth in the life insurance sector.

In response to its changing developmental strategy, India's tax system need major reforms whereby multiple taxes on same transaction is avoided, cumbersome compliances are simplified and across the world message is given that India is having stable tax policy.

In this direction, country needs the biggest tax reform in the form of Goods and Services Tax (GST) to replace multiple indirect taxes and integrate the State economies. The GST will create a single, unified Indian market to make the economy stronger besides boosting tax collections. The introduction of GST could have immense macro implications for India's growth potential.

The biggest positive from the introduction of GST would be higher revenue for the government that would come from broadening the tax base and increasing compliance.

Another area of tax reforms, the country looks for, is Direct Taxation. The current system of tax is fraught with complexities owing to many amendments over the years. The Direct Tax Code (DTC) is expected to remove unnecessary complications in the tax laws, modify the definitions and provisions, thereby keeping pace with the time. DTC could provide much needed impetus to sluggish Indian economy with simplified tax structure and transparent tax laws.

Specific to the life insurance industry, there is a need to increase the limit of tax deduction at source on annual commission payable to agents from current Rs. 20,000 to minimum Rs. 50,000. There is also a need to rationalise service tax rate on life insurance policies which was increased to 3% on first year premium.