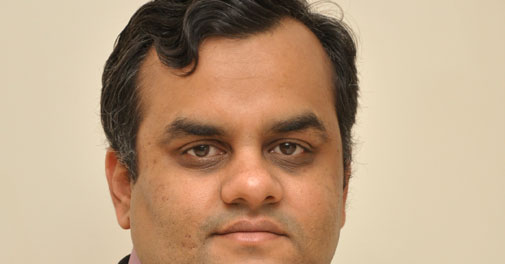 Q. What are your expectations from the new government and the upcoming Budget?

A. The consumer durable industry is all set to ride high with the emergence of the new government, as new policies and initiatives will pave the way for growth and advancement. The newly formed government has already indicated a clear tax policy and interest rate rationalization which would help in the growth of manufacturing industries.

With the ensuing Budget aiming to stabilize the economy, we expect a turnaround in consumer sentiment. The reduction of excise duty in the Interim Budget from 12 per cent to 10 per cent on products, inputs and parts had come as a great relief for the industry and helped the sector.

CEAMA welcomes the finance ministry's move to extend the excise duty concession till December 2014. CEAMA would request for this continued support even beyond December 2014 as the industry is still struggling and the index of industrial production has not shown a healthy growth. CEAMA further foresees an improvement in the industry standards, eradication of grey markets and an overall boost to the sector from the new government.

However, industry would need proper incentives to boost Set Top Box manufacturing in the country. CEAMA recommends that the provision of 'C' form waver should be applicable to Set Top Boxes. Currently, Indian manufacturers have to pay 12.5 per cent to 14 per cent VAT as Cable and DTH operators do not provide them 'C' Form, since they are leasing out boxes. However, DTH operators do not pay any VAT when they import the boxes.

Set Top box industry provides huge potential for economic activity, employment generation and saving valuable foreign exchange and increased revenue for the government. Recently, a CEAMA delegation had a meeting with the information and broadcasting minister and apprised him about the status of the DTH industry. We are encouraged on his positive response and expecting a favourable action from government soon.

Q. What steps should the government take to revive the manufacturing sector and consumer electronics industry, in particular?

A. The consumer electronics industry is struggling due to a sluggish market and bleak weather conditions. In order for the industry to bounce back, CEAMA has proposed recommendations keeping in mind the twin objectives of manufacturing growth and also increasing demand of the products.

We strongly propose removal of the inverted duty structure on consumer electronics and home appliances, arising due to implementation of free trade agreements.  We also recommend reviewing the existing FTAs. The government should also accelerate implementation of a uniform Goods and Service Tax (GST) that will lower transaction costs.

The government also needs to provide the same incentives to the home appliances industry which are available to the consumer electronics industry under the ESDM policy, as home appliances contribute substantially to the current account deficit of the country. There is an urgent need to promote manufacturing of these products and their components within the country.

Q.  What are the issues facing the industries that require urgent remedy from this Budget?

A. FTAs have gravely affected manufacturing in our sector. It has also resulted in loss of revenue to the government. CEAMA strongly recommends a review of existing FTAs. We urge speedy implementation of the Goods & Services Tax that will ultimately lower transaction costs.

Q. Any other issues that the Budget should focus on?

A. There is a general consensus in the country on speedy implementation of GST. Introduction of GST is expected to decrease compliance burden for businesses and will bring down the total incidence of taxes by eliminating cascading of taxes on goods and services. We urge that GST should be implemented soon and the tax system should be made simpler and transparent, so that the honest tax payer is not harassed.

Small TV manufacturers who are making CRT TVs are facing very difficult situation due to demand shrinking rapidly. At present, smaller size LCD/LED TVs are not viable to manufacture due to 10 per cent duty on panels below 19 inch. Therefore, we recommended that on smaller size panels, customs duty should be brought down to zero to help TV manufacturers who are SMEs. The production of indigenous Colour Picture Tube (CPT) has stopped and TV manufacturers in the country have no option but to import CPTs by paying 10 per cent customs duty, we have recommended that import duty on CPT be brought down to zero.

As told to Arpita Mukherjee