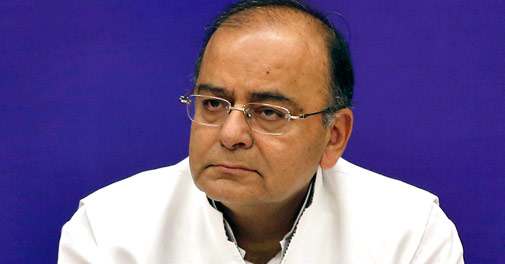 Finance Minister Arun Jaitley's maiden budget does address issues relating to the defence sector. India buys more defence equipment than any other country in the world. We also have the third-largest standing army in the world.

While modern warfare is mostly about improved technology, it is also important to ensure that the morale of the troops remains high. The decision to erect a war memorial and set  up a defence museum will definitely raise the morale of the armed forces. It will certainly be a welcome addition to the Amar Jawan Jyoti at New Delhi's India Gate. Again, the one rank one pension scheme, accepted earlier by the government, has been given a Budgetary allocation of Rs 1000 crore.

FULL COVERAGE:Union Budget A key Budget announcement was that 49 per cent foreign direct investment will be allowed in the defence manufacturing sector, up from 26 per cent today. This will induce more foreign companies to invest in India's defence manufacturing. It is also good news for domestic private sector players such as Mahindra & Mahindra Defense, Tata Power SED, or the Kalyani Group's defence arm which manufactures field guns and similar equipment. That in turn is healthy for India's defence procurement, which is dominated by either public sector undertakings or by foreign contractors.

The Budget outlay for defence too is up 12.4 per cent over 2013/14 to Rs 229,000 crore. This, combined with the upgrade plan for soldiers and the modernisation of the army, means well for Indian manufacturers who stand to benefit. The capital outlay for defence has been raised by Rs 5000 crore over last year. This will include a sum of Rs 1,000 crore to accelerate development of the railway system in border areas. China has been doing that in Tibet, by extending the Qinghai-Tibet railway line within a few hundred kilometers of the Indian border.

BUDGET SPEECH:Full text | Video A policy of integrating border policy in some ways with defence needs is also evident in the enhanced allocation of Rs 990 crore, a substantial sum, for the socio-economic development of villages along the border. This may mean economic improvement of those communities residing there. The Rs 150 crore earmarked for marine police stations, jetties and purchase of patrol boats holds out a similar indication.

However, the much needed fillip to developing indigenous defence capabilities in the country still seems to be missing. Due to prolonged exposure to defence sub-contracting, Indian firms are already quite good at'build-to-print' or 'build-to-spec' manufacture. Our ability to deliver small scale defence components is now comparable to that of mos t global suppliers. Where we are behind is in creating aggregated systems, where we put together components of various makes, and in creating from scratch our own technology that can be used to build products that are different from that of competitors. After all, the best defence is in keeping the enemy guessing on how a weapon works. In that direction, the Rs. 100 crore contribution seems small, especially given the government's keenness to kick-start things.

There is no dearth of money in defence, what remains to be seen is how the private sector and the army spends it. The best way would be to increase our capabilities using the opportunity and the increasing interest from foreign collaborators.

1.    49% FDI in defence manufacture
2.    Outlay of Rs 2,29,000 crore for defence, up from 2,03,672 crore
3.    Upgrade plan for soldiers.
4.    Rs1000 crore to address pension disparity and implement the 'one rank one pension' scheme
5.    Proposal of increased capital outlay of Rs 5000 crore over the interim budget, including Rs 1000 crore for developing railways in           the border areas
6.    Streamlining the procurement process.
7.    A separate fund in 2011 to encourage private sector companies to support research and development of cutting edge technology. Proposal to set up Rs 100 crore to set up such a technology development fund.