The NDA's 2014/15 Budget is long on hope and short on fixes. And, if first time Finance Minister Arun Jaitley's calculations go wrong, India will have some all-too-familiar fiscal trouble to deal with. 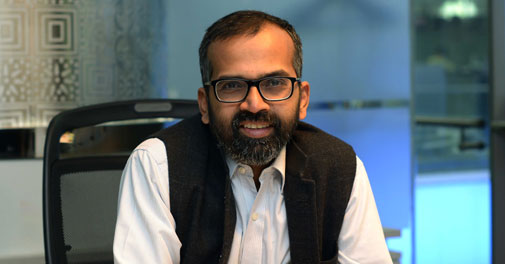 The National Democratic Alliance (NDA)'s 2014/15 Budget is long on hope and short on fixes. And, if first time Finance Minister Arun Jaitley's calculations go wrong, India will have some all-too-familiar fiscal trouble to deal with.

At Rs 260,657 crore, for instance, Jaitley, in his Union budget speech on July 10, budgeted just about Rs 5,000 crore more for total subsidies in 2014/15 from the previous fiscal year. This has been made possible by a sharp cut in the estimate for fuel subsidies. His allocation for petroleum subsidy is about Rs 22,000 crore less in the current fiscal year from last, which looks odd in a year when oil prices are climbing over tensions in Iraq.

That can only mean two things: the Narendra Modi government plans to drastically reduce subsidies on kerosene and cooking gas in the coming months or you can expect the 4.1 per cent fiscal deficit target to get severely tested come March next year. That, or just like his predecessor P. Chidambaram, Jaitley will go back to the old trick of rolling over a big chunk of this year's fuel subsidy bill into 2015/16.

On the food subsidies front, Jaitley is prepared well for the Food Security Bill and higher minimum support prices of certain crops. The minister has retained Chidambaram's increased allocation of Rs 23,000 crore for food subsidies - at a total of Rs 115,000 crore - in 2014/15. Though some experts believe even that will not be enough, this increase is more than three times that of the incremental spending between 2013/14 and 2012/13.

But the big bet that Jaitley seems to be making is on the revenue side - he's set a gross tax revenue expansion of 17.74 per cent. He expects income tax, corporate tax, customs and excise duties, and services taxes to expand between 14 per cent and 31 per cent. Those numbers would not be abnormal in a high-growth market but are ambitious, if not downright unachievable, in a slow-growing economy. The biggest jump projected is in service taxes, the target for which is set at Rs 215,973 crore, nearly one-third more than the previous year - for the first time exceeding customs (Rs 201,819 crore) and excise duties (Rs 207,110 crore). Taxes from corporates are expected at Rs 451,005 crore, more than 14.5 per cent from the previous fiscal year and income tax 17.6 per cent more at Rs 284,266 crore.

The underlying growth numbers don't support the ambitions on revenues. The government fell short of its gross tax revenue targets by 6.23 per cent in 2013/14 when the economy grew at 4.9 per cent. The GDP growth target for 2014/15 is between 5.4 per cent and 5.9 per cent and the expected expansion at the exchequer end is much, much higher.

A silver lining could be the disinvestment targets Jaitley has set for himself - of more than Rs 58,000 crore, including equity sales in companies not controlled by the government. Still, it is likely that Jaitley, too, like Chidambaram will have to clamp down on spending if revenues don't keep to the trajectory he's set them on. In fact, the Centre's fiscal deficit in the months of April and May have touched over 45 per cent of the targeted amount for all 2014/15.

The charitable way to view Jaitley's budget is to see it as setting the stage for the NDA's budget for 2015/16. Until then, he hopes India will ride through eight months of scant monsoons and high oil prices.