A day ahead of presenting his maiden Budget, Finance Minister Arun Jaitley tabled the Economic Survey in Lok Sabha. Here are the key highlights from the document. 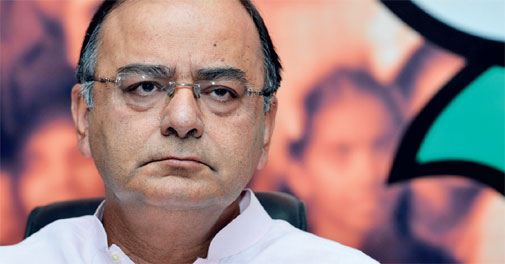 A day ahead of presenting his maiden Budget, Finance Minister Arun Jaitley tabled the Economic Survey in Lok Sabha.

The annual report was prepared by Ila Patnaik, a well-respected economist who was appointed as senior economic advisor to the finance ministry in April.

Key highlights from the document:

>> Improvement in manufacturing, Balance of Payments (BoP) expected in 2014-15

>> There are concerns over El Nino emergence this year

>> Need to promote structural changes in manufacturing in the medium term

>> GDP growth has slowed down on domestic, external factors

>> Rupee has stablised, reflecting an overall sense of confidence in forex and capital markets

>> Passage of PFRDA Act, shift of commodity futures trading into the finance ministry and the presentation of the FSLRC report were the three major milestones of 2013-14

>> FSLRC, in its report, has given wide-ranging recommendations, broadly in the nature of governance enhancing principles for enhanced consumer protection, greater transparency in the functioning of financial sector regulators in terms of their reporting system, greater clarity on their interface with the regulated entities and greater transparency in the regulation making process by means of mandatory public consultations and incorporation of cost benefit analysis, among others

>> New Pension System (NPS), now National Pension System, represents a major reform of Indian pension arrangements, and lays the foundation for a sustainable solution to ageing in India by shifting to an individual account, defined-contribution system.