"The process of restructuring CIL needs to be pushed through swiftly to boost coal production," said the finance ministry in the Economic Survey report presented to Parliament on Wednesday. 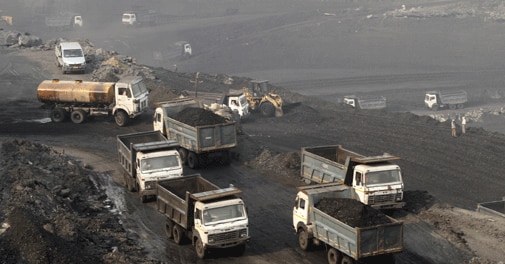 The government needs to restructure state-run Coal India quickly to raise output to feed fuel-starved power plants, the finance ministry said in a report, as the country grapples with rising imports amid a push for electricity to all.

Coal India (CIL), the world's largest coal miner, accounts for about 80 per cent of India's production of the black rock but has failed to meet its output targets for years due to delays in obtaining environmental approvals to expand mines and what critics say are inefficiencies owing to its size.

Millions go without power in India and blackouts are common.

"The process of restructuring CIL needs to be pushed through swiftly to boost coal production," said the finance ministry in the Economic Survey report presented to Parliament on Wednesday.

The report-submitted a day before finance minister Arun Jaitley delivers his maiden Budget - did not say what kind of restructuring it was recommending for CIL.

Reuters reported in May that newly elected Prime Minister Narendra Modi could explore breaking up some of CIL's eight local units and making state governments equity holders to help speed land acquisition and other such processes.

Power, steel and other firms can mine coal only for their own use in India, the world's third-largest coal importer despite sitting on the fifth-largest reserves of the fuel.

"Since mining involves huge sunk cost, the government should allow only a limited number of large domestic companies with proven track record to compete with CIL and also to bring in the latest technology and skills," the Economic Survey report said.

India's coal production was 566 million tonnes in the fiscal year ended March 31, but demand was in the range of 715-720 million. Power generation rose 6 per cent last fiscal year and 4 per cent the previous financial year.

Nearly half of India's coal-fired power plants have only enough stocks to last a week or less, a shortage that could become critical and drive up thermal coal imports by 14 percent this calendar year, as weak monsoon rains are expected to cut output from hydropower.

"(A) sharp deceleration in the production of natural gas in the past two-three years has further increased the energy sector's dependence on coal," the report said.