The most pressing issue before the Finance Minister is the revival of investments and the economy. 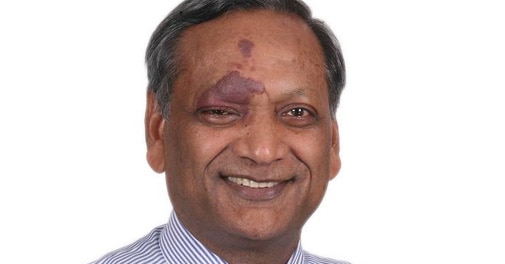 Investors anticipate the government to provide a roadmap for fiscal consolidation that is realistic and sensitive to the needs of economy, writes Satya Poddar.

As Mr Arun Jaitley prepares for the maiden Budget of this government, he would no doubt bear in mind the PM's message to his own government - "People voted for hope, their trust must not be betrayed". Indeed, there are many expectations from the government and the Budget is keenly awaited as an announcement of the action plan to give shape to its promises.

The most pressing issue before the Finance Minister is the revival of investments and the economy. The markets already reflect the renewed confidence, and the best that the government can do is to avoid any controversial structural reforms in haste that could dampen this confidence.

FULL COVERAGE:Modi government's first budget Investors anticipate the government to provide a roadmap for fiscal consolidation that is realistic and sensitive to the needs of economy. The fiscal deficit target for 2014-15 was set at 4.1% in the recent Interim Budget. The Kelkar Committee on Roadmap for Fiscal Consolidation had suggested that the government should restrict the fiscal deficit to 3.9% for 2014-15.Once again, the now familiar challenge of fiscal prudence vs growth has reared its head.

Apart from the food inflation, the government now faces the risk that higher oil prices could increase the government's subsidy bill by an estimated Rs 20,000 crores.However, a small slippage in the fiscal discipline, provided it is on account of infrastructure and capital spending, would still be reasonable and the fiscal deficit target could be revised to around 4.5%. The focus then should be on improving the quality of deficit by reducing the revenue deficit and enhancing capital spending.

One of the sectors that clearly need supportive policies is the manufacturing sector. Compared to the average growth in three years over 2005-06 to 2007-08, the average growth over 2011-12 to 2013-14 fell for the manufacturing sector by as high as 9 per cent. Construction and mining sectors also had the same fate with a fall of 7% and 5% respectively, during the above mentioned period.
All these are critical and employment intensive sectors but have been suffering from the problem of idle capacity due to regulatory restrictions as well as fall in demand.

The government should clear regulatory roadblocks in major infrastructure and other investment projects and focus on institutional changes to smoothen the process of investment. For example, complete transparency should be built into handling natural resources such as land, minerals, coal and spectrum. Moreover, the environmental clearances can be shifted to a single 'Green Regulator'. The government has already started this process, but without much fanfare surrounding the Budget.

On the tax front, industry eagerly awaits the introduction of GST, with appropriate forging of consensus among the States. One way to break the current deadlock is to amend the Constitution to enable/empower both levels of government to levy a GST, without withdrawing their existing powers.

The actual design of the GST and the conditions for the States to levy the GST should not be codified in the Constitution and be deferred to the GST Council, as recommended by the last Parliamentary Standing Committee. The States should be given the option to stay with their current tax system.The government should create a permanent secretariat to advise the Centre and State Ministers on GST design and implementation.  The secretariat would then be supporting the GST Council once the Constitutional amendment is enacted.

Taxpayers would also be looking to the Government to make the tax administration non-adversarial,to end 'tax terrorism', and provide the much needed clarity on the application of retrospective amendments implemented by the previous government.  Investors are anticipating a complete reversal of some of these amendments, and making others effective on a prospective basis.  There is also a demand for deferment of GAAR for some time to avoid any further uncertainties in taxation.

The First Report of the Tax Administration Reform Commission (TARC) released last week provides a complete blueprint for overhaul of tax administration, including dispute management. The Finance Minister should endorse the broad thrust of theserecommendations and create a steering committee to prioritize the reforms and start implementing them.

The Direct Taxes Code proposed by the previous government needs to be sent back to the drawing board for a fresh re-examination and to explore options for broadening the tax base, lowering the tax rates, and ensuring that the well-to-do pay their fair share of tax.

Newcomers' entry brings about a churn in health care sector