Analysts warn that domestic stocks are overvalued and that equity markets could see a sell off of 6-8 per cent if pro-growth measures in the Budget fall short of expectations. 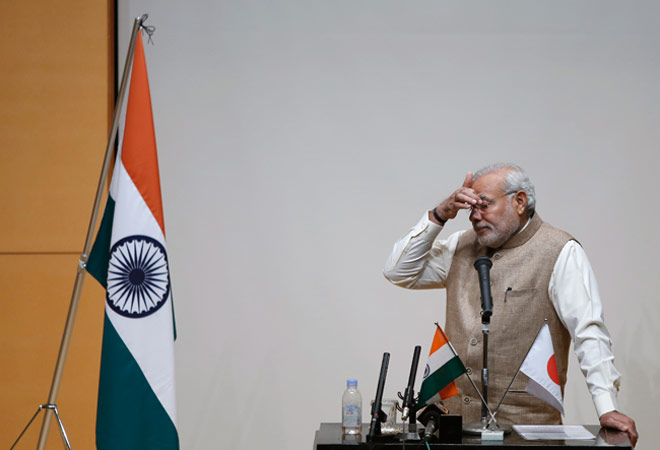 Prime Minister Narendra Modi's stomach for free-market economics faces a major test on Saturday, in the Union Budget 2015-16, which chief economic advisor (CEA) Arvind Subramaniam has warned could wreck the leader's promises of "good days" if there's no roadmap to reform.

Reaping the benefits of low global prices for oil, the country's main import, the Modi-led government sees itself in a sweet spot with spare cash to modernise ageing roads and railways without busting fiscal deficit and inflation targets.

"Let us stop unnecessary expenditure so that money can reach the poor," Modi told parliament on Friday after a finance ministry report committed to bringing the fiscal deficit down to 3 per cent of gross domestic product - from more than 4 per cent at present - in the medium-term.

"We believe in optimum utilisation of our infrastructure," the Prime Minister said.

An overhaul of economic data has propelled the country to the top of the league of fast-growing major economies, and the current account deficit is projected to fall below 1 per cent next year, which would help stabilise the rupee and build up reserves.

But expectations for a further shift in expenditure from subsidies to infrastructure are sky high among investors who made India the best performing stock market in Asia after China last year on hopes Modi's government brings sweeping reforms to labour, tax and land laws.

The rally has continued this year on expectations that legislative reform will push ahead stalled private investment and consumer demand, and reverse a decline in corporate earnings to make Asia's third-largest economy a global growth driver.

The stakes are high after the Interim Budget that disappointed investors just after the government took over in 2014 with a large majority in the Lok Sabha.

Analysts warn that domestic stocks are overvalued and that equity markets could see a sell off of 6-8 per cent if the pro-growth measures in the Budget, to be unveiled by Finance Minister Arun Jaitley at 11:00 am, fall short of expectations.

Modi has capitalised on low oil prices to shake off some of the fuel subsidies that have hobbled India's national accounts for years. But he has been unable to pass reform in the upper house of parliament, where his party has no majority.

Executive orders he has used to push key polices such as land reform will expire unless he can win opposition support.

On December 30, less than a week before he was named the CEA, former Columbia professor Arvind Panagariya warned that this Budget was make-or-break for Modinomics.

"Without a clear road map of reforms in it, the dream of 'good days' will run the risk of becoming history," Panagariya wrote in the Business Standard newspaper.

What will FM Jaitley pull out of his Budget hat?