The allocation of Rs 33,150 crore for the sector is similar to the outlay in previous budgets and does not translate to the much anticipated increase from 1.2 per cent of GDP spend to 2 per cent spend, writes the co-founder and chairman of Medwell Ventures. 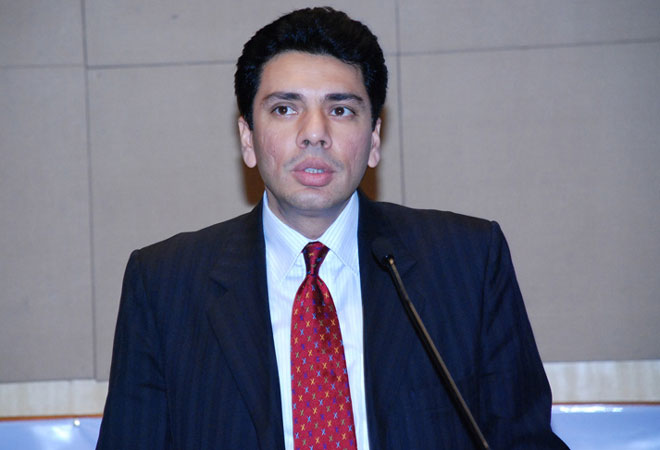 The rise of a new India has to be built on the foundation of a healthy India. Countries around the globe have kept health care at the core of their economic development. The socio-economic benefit of a strong health-care sector not only translates in the creation of a healthy and more productive community but it is also one of the world's largest and fastest growing sectors.

The World Health Organization (WHO) estimates that the health-care sector is one of the largest segments of workforce and employment generator globally. India has for too long ignored the value creation opportunity of this sector and needs a paradigm shift to bring it in the forefront of the country's development. Among developing nations, India has one of the poorest development indices, which are usually the social indicators of any country. With a new government in place under the leadership of a dynamic and visionary prime minister, the expectations of the health sector were high. The question is: Has the Budget delivered to the health-care agenda of India?

India has the highest population growth rate in the world. The WHO, in its ranking of health-care systems of the world, placed India at a dismal 112th position out of 190 countries it studied. This is corroborated by the fact that India spends just 4.2 per cent of its GDP on health care, of which public health spending is mere 1.2 per cent, compared to 3 per cent in China and 8.3 per cent in the United States. India needs to add 1.7 million beds, double its medical manpower and increase its paramedical manpower three-fold to match WHO standards. Therefore, it becomes imperative to create an environment conducive to facilitate infrastructure creation and increase investments across the health-care ecosystem.

This budget was expected to provide the much-needed impetus to the sector. Unfortunately, the budget does not deliver to the expected transformation of the health-care sector in the country under the much hyped promise of the Universal Healthcare coverage or the Make in India initiative. The allocation of Rs 33,150 crore for the sector is similar to the outlay in previous budgets and does not translate to the much anticipated increase from 1.2 per cent of GDP spend to 2 per cent spend, which has been the direction set by the government in the draft national health-care policy.

The budget was expected to deliver infrastructure status to the sector but that too has been given a miss, although the opportunity of extending the tax-free infrastructure bonds to health-care infrastructure beyond roads and railways was there, the finance minister chose not to include it. Under the Make in India programme, the government was expected to encourage indigenous production of medical equipment and devices by exempting indigenous manufacturers from excise duty for products produced or assembled in India, wherein the value of imported raw material does not exceed 50 per cent of the equipment cost. Income Tax / MAT exemption of 15 years for domestically manufactured medical technology products to promote the 'Make in India' initiative was also expected. The budget is silent on this front too and that takes away a big opportunity of kick-starting growth of the domestic medical technology sector.

The silver lining of the budget for the health-care sector resides in the announcement of setting up five additional AIIMS in Tamil Nadu, J&K, Punjab, Himachal Pradesh and Assam, and giving a fillip to the health insurance sector through higher exemption limit. One is also hopeful that the tax exemption provided under the Swachh Bharat Abhiyaan will help accelerate sanitation projects in the country, which eventually should lead towards the control of infectious diseases in the country. That is just an iota of what needs to be done towards creating a healthier India.

While on the overall basis the budget focuses on changing the tax regime, build infrastructure and shares more with the states for their development, it certainly leaves a lot undone in the core focus on health care for the new India.

Union Budget 2015 is a step in the right direction