While it was short on the "big bang" reform measures, the Budget won plaudits for moves to cut corporate tax and make India more competitive. 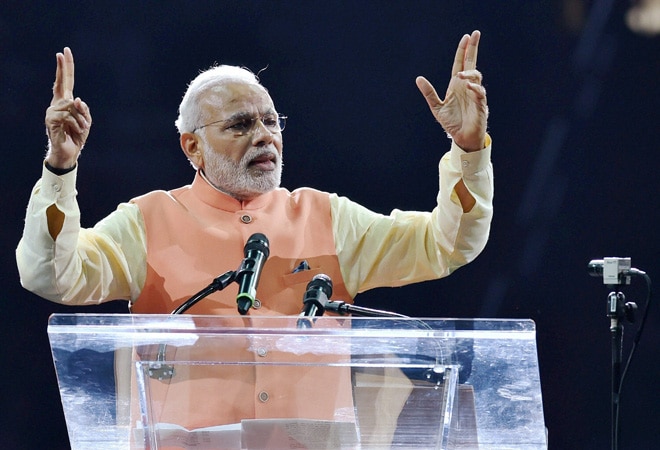 Narendra Modi, India's reform-minded prime minister, appears to have passed a major test with a Budget that pleased economists and investors with pledges to spend more on modernising India's ageing roads and railways while keeping borrowing in check.

The Budget presented by Finance Minister Arun Jaitley on Saturday loosened the reins on public spending to drive growth, but promised lower-than-expected borrowing despite raising the fiscal deficit target.

While it was short on the "big bang" reform measures that free-market champions have been calling for since Modi took office with a strong mandate last year, the Budget won plaudits for moves to cut corporate tax and make India more competitive.

That should help temper bond traders' concerns of a glut of government debt and avoid a big sell-off when markets open on Monday.

"Despite the higher fiscal deficit; the market borrowing number is below market expectations," said Arvind Chari, head of fixed income and alternatives at Quantum Advisors in Mumbai.

Stocks, which some investors say are over-valued and risked a 6-8 per cent crash if the Budget disappointed, ended up nearly 1 per cent on the NSE market, which opened in a special session during the Budget speech.

"We think the Budget is positive for growth and the (Indian rupee)," HSBC Global Research said in a note to investors, who will now be focusing keenly on Modi's ability to deliver on his programme.

The Budget had been billed in advance as "make or break" for Modi's efforts to bring new vigour Asia's third largest economy.

India, which is a major energy importer, is seeking to take advantage of swooning oil prices to mount a dash for growth that would see it eclipse rival China as a motor of the global economy.

Some have questioned Jaitley's arithmetic, warning it could come undone if oil prices rise and that his Budget included optimistic targets for revenues from partial privatisations and other non-tax receipts.

"We notice a Rs 400 billion ($6.5 billon) swing in 'other receipts' which is helping fund the extra fiscal deficit.  Whether that 'other' materializes is up to question but as for now the lower Budgeted borrowing should keep bond markets happy," said Chari.

Other critics say Jaitley should have made a bolder statement to reduce India's expensive food and fertilizer subsidies, a move the government may have felt was more difficult politically after defeat in a state election made Modi look less invincible.

But overall the Budget was described as competent, if not exciting.

Jaitley's headline innovation was a roadmap for simpler taxation, with a promise to cut corporate tax to 25 per cent from 30 per cent over four years, and a commitment within a year launching a national service tax union to make business easier.

The Budget also shifted more resources to states in a boost for federalism. It promised to clamp down on India's black economy and warned of tough new penalties including overseas asset seizures and jail time for tax evaders.

All of this was praised in India's leading newspapers and analyst notes, with public opinion also broadly positive. Even a decision to hike a service tax to 14 per cent met with acceptance from some middle-class Indians, but with caveats.

"The absence of incentives for us means that we have a chance at getting better infrastructure," said Lahar Bhasin Singh, a New Delhi-based researcher. "If the government fails to deliver, I would be very upset."