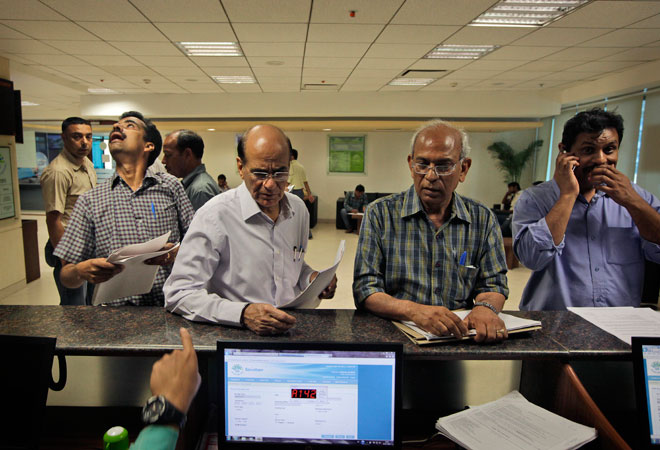 Finance Minister Arun Jaitley is expected to present a common man-friendly Budget on February 28 by either raising tax slabs or hiking investment limit in savings instruments, in a bid to win over the middle class after the Delhi Assembly elections debacle.

The Bharatiya Janata Party lost to Aam Aadmi Party in the polls, winning only three of the 70 seats.

Jaitley, who in his maiden Budget in July 2014 had outlined his approach to providing relief to individual tax payers, is expected to continue this in the BJP government's first full year Budget on Saturday.

Last year, he had raised the personal Income Tax exemption limit by Rs 50,000 to Rs 2.50 lakh and also raised by same amount the exemption from payment of Income Tax on savings to Rs 1.50 lakh.

However, this time around the finance minister, according to experts, may choose only one of them as he looks at additional revenue to boost public spending and push economy to high growth path.

MUST READ:How your income may increase after Budget 2015

Besides giving sops to the individual tax payers, he is also expected to unveil initiatives to boost investments by corporates and promote manufacturing as part of the Make In India campaign that aims to make India a global manufacturing hub and create jobs.

Jaitley may also look to raise the tax-exempted investment limit in health insurance as well as well as exempt savings in pension schemes at all three stages - entry, accrual and withdrawal.

Another option before the finance minister is to expand the scope of Leave Travel Allowance (LTA) and allow people to claim tax benefit every year.

How deep are your reforms?