Railway freight rates on coal, iron ore and steel will be increased from April 1, a move that threatens to raise costs for local steel makers. Moreover, it will add to the benign inflationary setup. 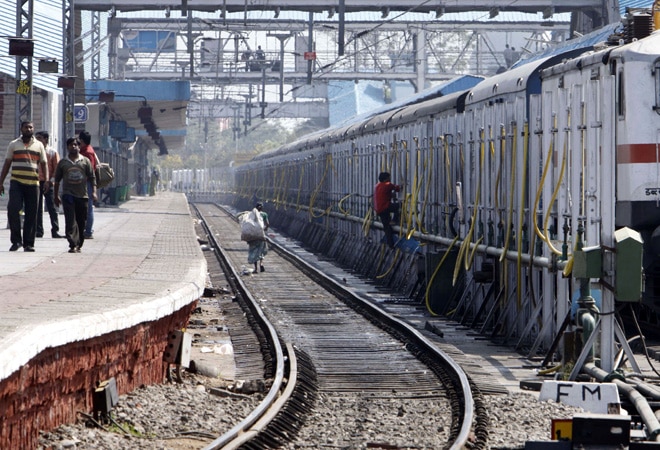 In order to add ballast to their revenue stream, Indian Railways will raise railway freight rates on coal, iron ore and steel from April 1 to help pump prime an expansion of their well-worn network, a move that threatens to raise costs for local steel makers at a time when demand is weak and imports are surging. Moreover, it will add to the benign inflationary setup.

This way, the railways plan to increase their annual freight carrying capacity to 1.5 billion tonnes from 1 billion tonnes, in part with the funds from the higher rates, Railways Minister Suresh Prabhu stated in his Budget speech. Prabhu did not say by when the expansion would be completed. Freight has been cross subsidising passenger fares for an eternity as recent governments have given in to populism leading to a loss of close to Rs 26,000 crore.

The rates for coal transport will rise by 6.3 per cent, while those for iron ore and steel will increase 0.8 per cent. Charges for the transport of urea and grains will also go up 10 per cent. But there will be no change in passenger fares. India will raise its investment over the next five years by as much as Rs 850,000 crore to fix its creaking railway infrastructure. Steel companies said the new rates will increase their costs and squeeze already anaemic margins.

"We are helpless because customers may not be able to absorb the increase," said R.K. Goyal, managing director of Kalyani Steels Ltd. "Demand is very weak." Companies like Kalyani Steels, JSW Steel and Jindal Steel and Power) have been struggling with rising steel shipments from countries like China and Russia, forcing them to seek government help. Finance Minister Arun Jaitley is expected to raise the import duties on steel to help local companies when he presents his Budget on Saturday.

A BUMPY RIDE FOR PRABHU

Railways Minister Suresh Prabhu has aggressively postured for an investment of Rs 8.5 lakh crore from 2015 to 2019 in the embattled Indian Railways. The target is extremely difficult given the state of finances. Many people have complained that the Budget is futuristic and it doesn't flesh out the plans.

Passenger amenities are a big positive, but lack of detailing on financing projects is a big letdown. India Ratings and Research said, "...though long pending, the investment, if fructifies as envisaged, has the potential to transform Indian Railways and become a catalyst for sustained economic growth."

The ministry, however, expects to increase its passenger revenue by 17% next fiscal. With no immediate hike in passenger fare, this looks difficult. A press release even stated that the passenger earnings which were budgeted to increase by 22.2% have been scaled down to 17.7% keeping in view the persistent negative growth trend.