The priority for undertaking projects has been determined by a designated committee for capacity enhancement, revenue generation and decongestion. 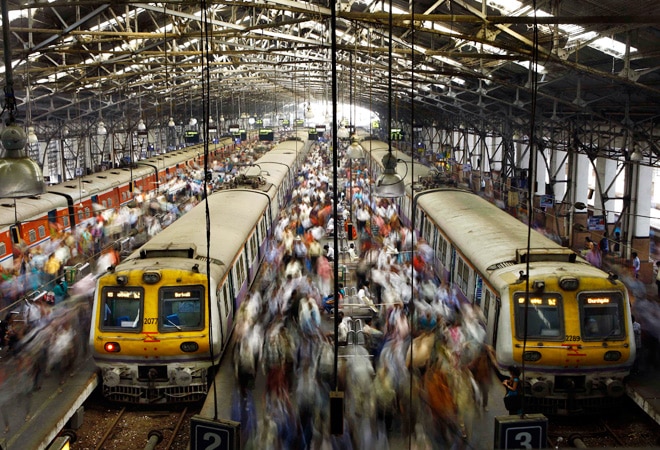 Railway Minister Suresh Prabhu on Thursday hiked the annual investment plan of Indian Railways by an impressive 52 per cent to Rs 1,00,11 crore in 2014-15 but more importantly he has decided to spend the money on projects of economic priority to the railways instead of giving precedence to politics like his predecessors.

The priority for undertaking projects has been determined by a designated committee for capacity enhancement, revenue generation and decongestion. As much as 42 per cent of this allocation will come to the cash-strapped railways from the Union Budget reflecting the new government's commitment to boosting the infrastructure of the country.

Negotiations are also on with financial institutions for funding these projects with extra-budgetary resources. The budget provides for Indian Railways borrowing Rs 17,655 crore from markets through its two companies IRFC and Rail Vikas Nigam Ltd for capital expenditure during 2015-16, a nearly 47 per cent increase over the current fiscal year's revised estimate.

The minister has stated that the railways is now switching from the 'business as usual' to mission mode in order to become the prime mover of the economy again and is in fact expects the total investment to go up even further as banks will be willing to lend more money as the projects that have been chosen for early completion are those which will also start giving high returns.

Prabhu's strategy is very clear. The main movement of goods and traffic takes place on the golden quadrilateral connecting the four metros and sections of this quadrilateral are highly congested leading to a slowing down of both goods an d passenger trains.

The minister himself pointed out that on a single track Indian Railways have to run fast express trains like Rajdhani, Shatabdi, slow passenger trains as well as goods trains. Surprisingly, although trains like Rajdhani and Shatabdi are capable of touching 120 km an hour they travel at an average speed that does not exceed 70 km. Goods trains have slowed down to an average speed of a mere 25 km an hour.

Higher earnings The emphasis on the new projects is on gauge conversion, doubling, tripling and electrification of lines. This would lead to an increase in the speed of both passenger and goods trains leading to higher earnings for the railways as more traffic moves from road to rail.

The new minister has also given a major thrust to accelerating the pace of electrification in the railways.

As against a sanction of 462 route km in 2014-15 a length of 6,608 route km has been sanctioned in 2015-16. The increased electrification is expected to save Rs 3,000 crore in the current year itself in terms of fuel costs as the dependence on costlier diesel will come down.

BREAKUP OF THE RAILWAY BUDGET PIE