Higher Education: Good start but concerns are we may be barking up the wrong tree

Ashish Nanda, the director of IIMA says, "The Union Budget identifies education as one of the key pillars on which its transformation agenda is built. The budget offers support to education in three dimensions." 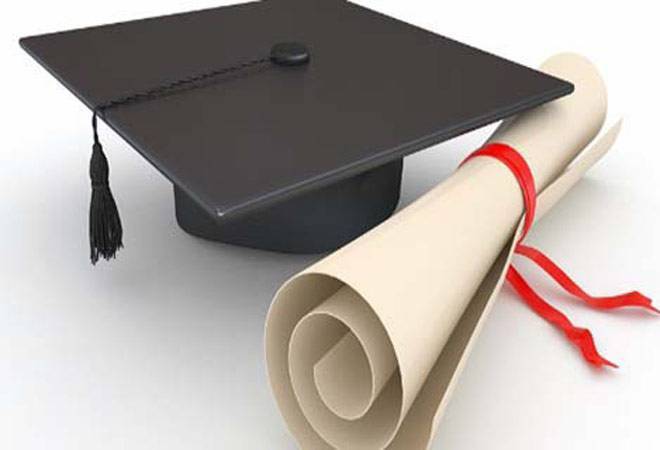 Attribute it to varying perceptions inspired by persuasions in the private and public sector but Business Today's conversations with two experts in higher education gave an insight into how the same text of the finance minister can be viewed differently.

Ajit Rangnekar, the former dean of the Indian School of Business, raises some worrying questions on the approach India is taking to solve its challenges in higher education. In a globalised era where Indian institutions need to compete with the deep-pocketed Harvards and Cambridges of the world, he sees efforts missing on faculty development and is concerned over the methods being deployed to ensure affordability.

Ashish Nanda, the director of the Indian Institute of Management (IIM), Ahmedabad, has a distinctly different take. He sees a three-pronged response by the government to address some of the key concerns in higher education.

First, the paragraph from the budget speech that is the focus here:

"It is our commitment to empower Higher Educational Institutions to help them become world class teaching and research institutions. An enabling regulatory architecture will be provided to ten public and ten private institutions to emerge as world-class Teaching and Research Institutions. This will enhance affordable access to high quality education for ordinary Indians. A detailed scheme will be formulated."

While the devil will lie in the detail, Rangnekar, while describing the announcement as a good start, raises some questions.

The first question: Does this mean these institutions will be given total freedom and there will be no government interference (read: will entities like the University Grants Commission - UGC or the All India Council of Technical Education - AICTE not interfere in the working of these institutions).

Second, and the bigger worry, is the focus on "affordable access". "Does this mean, there is going to be a cap on fees?" he asks, for this, he feels, could not be a solution. "The correct way to do it is to let these institutions select people purely on merit and those who cannot afford, let the government step in with either scholarships or through student loans." says Rangnekar adding, "It would be sad if the institutions would be forced to subsidise their fees because then they will never be able to become world class. After all, you will be competing with the Harvards and Cambridges of the world who have got huge amount of money." In fact, he feels this approach to affordability is only part of the worry, the bigger concern, is the "belief that infrastructure is the only thing in India that needs to be fixed. Even the Higher Education Financing Agency (that the finance minister later in his speech says is being set up with an initial capital base of Rs 1,000 crore) is focussed on improving the infrastructure of these institutions."

Instead, he says: "I would have loved to see a faculty development programme on a big scale. What is the point in having a great building if we are not able to attract and provide top quality global faculty?"

The upshot, he says: "The entire thinking is very hardware-oriented rather than software or intellectual-oriented and that is worrying and I do hope they make this correction." So, what should have been the mandate for the new financing agency? "The focus could have been to fund faculty development and to provide loans to students to pursue education at the top institutions," he says and as a closing comment feels to make some of Indian institutions world class teaching and research institutions not only do we need to give them the freedom to pick the best and meritorious student and faculty but also give them a liberal remit and to top it all do not curb them with a regulatory/ approval framework that is local.

Ashish Nanda, the director of IIMA says, "The Union Budget identifies education as one of the key pillars on which its transformation agenda is built. The budget offers support to education in three dimensions."

He lists these as:

1. Extending reach: The budget aims to extend the reach of education in the nation. At the post-secondary level, there is a focus on skill development (through setting up of Multi-Skill Training Institutes) and entrepreneurship education (through scaling up the Pradhan Mantri Kaushal Vikas Yojana and offering MOOCs - Massive Open Online Courses- to colleges, schools, ITIs, and vocational training centers).

2. Educational infrastructure: The budget promises investment in building educational infrastructure. For higher education, this would include establishment of a digital depository, development of MOOCs, formation of Higher Education Financing Authority (HEFA), and implementation of an enabling regulatory architecture for institutes of excellence.

3. Improving quality: The budget focuses on ensuring quality, beyond extending reach. For post secondary education, this would include establishment of a National Board for Skill Development Certification and identification and support of world class institutions.

In summary, he says, "For a nation of India's size and demography, extending reach is an ongoing and important concern. What is exciting is that the budget explicitly recognizes that with increasing reach, attention must also be paid to improving quality." In fact, touching upon the issue of affordability, he says, "If education is truly to build capacity of our nation and its populace, it has to be available and affordable, but also impactful. Additionally, investing in infrastructure brings little visible gains, but its impact on overall effectiveness of the education sector is immense. Thus, maintaining priorities on all three dimensions-reach, infrastructure, and quality-is likely to have more significant and positive impact than exclusive focus on any one dimension."

A conservative budget that looks to resolve basic priorities