About allocation of Rs 34,699 crore for improving quality and effectiveness of MNREGA, the ministry made it clear that the Budget allocation has been approved. 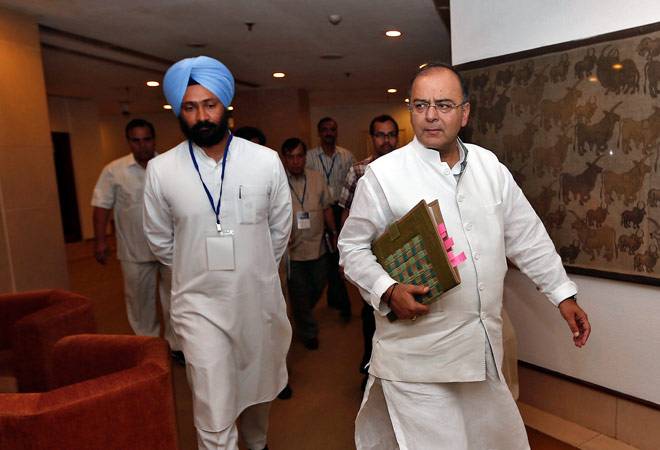 As preparations for the Budget for 2016-17 pick up pace, the Finance Ministry on Wednesday highlighted the promises met relating to the last Budget, including those of subsidy and agriculture.

"As we head towards Budget 2016, we provide the highlights of the promises met for Budget 2015 announcements," the Finance Ministry said in a series of tweets. On subsidies, the ministry said the government came out with the direct benefit transfer for LPG called Pahal and digitisation of ration cards has been completed in 29 states and UTs. "Over 32 crore cards have been digitised and over 8.5 crore ration cards seeded with Aadhaar," the Ministry said in one of the tweets.

On Budget 2015 announcement of farm credit of Rs 8.5 lakh crore in 2015-16, it said monitoring of agriculture credit is being done on quarterly basis. About allocation of Rs 34,699 crore for improving quality and effectiveness of MNREGA, the ministry made it clear that the Budget allocation has been approved.

On status of implementation of organic farming scheme 'Paramparagat Krishi Sinchayi Yojna', it said the scheme has been launched and Rs 300 crore was allocated in 2015-16 against which Rs 178.23 crore has been released so far. Also, states have collected 61.32 lakh soil samples, and 69.47 lakh soil health cards have been issued. Finance Minister Arun Jaitley is scheduled to present the Union Budget on February 29.