Budget 2018: IT incentives should be restructured to benefit the tea industry

Appropriate initiatives must be taken for processing "timely" input tax refunds to exporters. 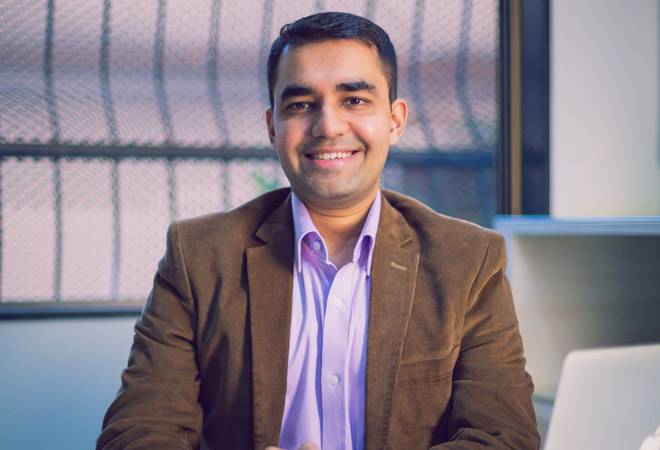 1. India is the 2nd largest producer of Tea in the world after China. 18 per cent of tea produce in India are exported. Tea plantation sector is the 3rd largest employer in India after Indian Railways and Armed Forces. It employs 1.5 million people directly and 4.5 million people indirectly.

2. The annual turnover of the Indian tea industry is pegged at 30,000 crores.

3. Present outlook of Indian tea plantation industry is ruthless. Even after allowing 100 per cent FDI to this sector hardly any investor is willing to invest as the return on capital is almost nil/ negative.

4. Thriving Bought Leaf factories (BLF) are major contributor to the fall of tea plantation business in India. Unlike tea plantation, they buy raw green leaves from neighbouring farmers and manufacture their own tea. BLF uses casual labour with no permanent liabilities. Due to this cost of production (COP) of BLF is 60 - 70 per cent lower than any big established tea planters, because of casual labour advantage. BLF's manage to have a COP of Rs 110 to Rs 120 per kg whereas established tea planters with liability of lacs of permanent labour end up with COP of  rS 180 to rS 190 per kg.

5. Apart from above, labour wages of tea planters are controlled by state government which require minimum annual growth irrespective of whether the organization earns profit or not. This leads to huge advantage to BLF as the BLF sector is not obliged to maintain a permanent labour force. They are not obliged to provide housing or subsidised ration to their labour. The BLF are also not forced by the government to hire tea labour on a permanent basis. They hire labour on a day to day basis and are free to let go of people. In other words, they have no fixed labour related liabilities. To make tea planters competitive, similar labour restrictions must be levied on the BLF sector also, otherwise the tea farming industry in India cannot sustain.

1. To create a situation where the BLF sector are required by law to comply with features which are similar to the tea plantation sector.

2. To provide the tea plantation sector with additional benefits which are able to mitigate the increase in labour wages, thereby ensuring the industry's survival.

GST Implications have largely been positive and we are grateful to the government for their attention here. The GST details can be summed up as below:

1. Overall tea industry has been benefited by GST in the form of input tax credit that was not available previously. Impact analysis for tea industry is given as under: 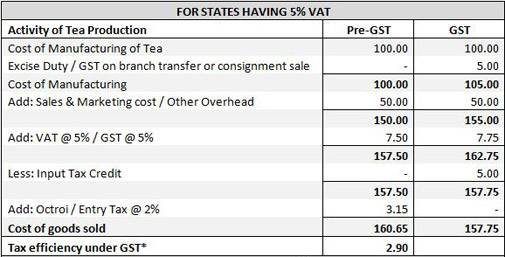 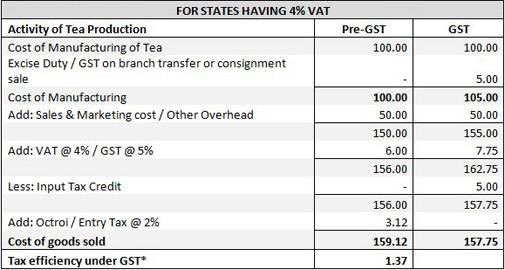 *Excludes the benefits of Input Tax Credit may be availed on GST paid on sales and marketing or other overheads cost.

However, tea exporters are in concern till today due to delay in refund of input taxes resulting in working capital challenges.

1. Appropriate initiatives must be taken for processing "timely" input tax refunds to exporters.

This is how the tea industry is affected by Income Tax:

1. Tea industry is labour intensive industry in India. Many companies are on the verge of closing tea plantation business which will affect jobs of almost 6 million people employed in the sector.

1.Considering the fact that industry is incurring huge losses and the benefits under 33AB have become redundant, the income tax incentives should be restructured keeping in mind the current situation of the industry and with an aim to revive the Tea Plantation sector of India and bringing it back into profitability.

Key changes in the budget for an individual tax payer

Budget 2018: 5 stocks that rallied on Budget Day in the past