The Union Budget is an opportunity to boost economic activity

The FY18 Union Budget is likely to incorporate significantly changed processes, including presentation at an early date, folding in the Rail Budget, integrating Plan and Non-Plan expenditures and other signature changes. 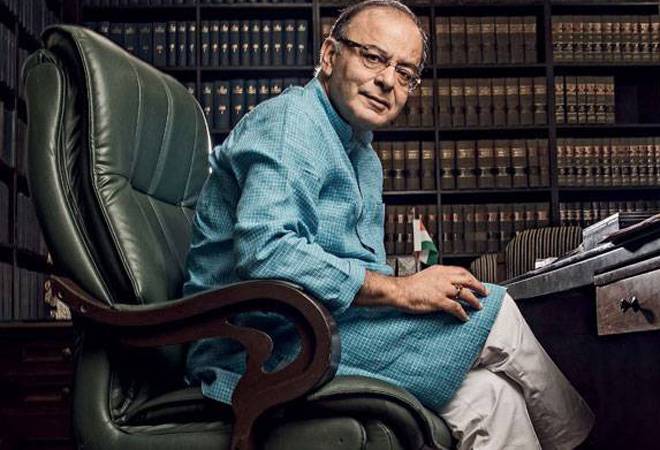 The FY18 Union Budget is likely to incorporate significantly changed processes, including presentation at an early date, folding in the Rail Budget, integrating Plan and Non-Plan expenditures and other signature changes. It also comes close on the heels of an unprecedented economic and social experiment which extinguished 86% of India's monetary base and at the beginning of a year which will probably see the introduction of another momentous reform of its indirect tax structure, the Goods and Services Tax GST).

There is significant uncertainty regarding a near term growth slowdown, but the Budget presents opportunity to use levers to sustainably stimulate growth.

Increased uncertainty in global markets, emanating from the yet unknown policy actions in the US, how Brexit negotiations in the UK might evolve, European elections and the state of its banks, as well as China credit growth and capital outflows.  Global trade is unlikely to revive over the next year. Capital flows to Emerging Market are unlikely to pick up materially; even here, the countries which are commodities intensive are likely to benefit in a zero sum game with the commodities importers.

In India, despite significant policy and fiscal remedial actions, there remain significant impairments. Growth remains subdued, below its potential, confirmed by the official Advance Estimate of FY17 GDP. Capacity utilization rates have remained a low level stubbornly over the past few years, inhibiting capex plans. Corporate debt remains high, constraining their ability to invest in new projects, especially the larger ones.

In the aftermath of the notes withdrawal, while we still await the final numbers on cash deposits and withdrawals, increased direct personal tax receipts in FY17 itself is likely, which will offset some of the lost revenues from other non-tax revenues. Preliminary data analytics and trend estimation will also provide an idea of how much additional revenues the tax authorities might be able to cull as penalties and interest in FY18.

Assuming that that there will be extra revenues for Govt, via both tax and non-tax sources, how might these be spent to get the best stimulus for growth? And jobs? The extra revenues and the extent to which the recommendations of the FRBM Review Committee on easing the glide path of fiscal consolidation are accepted, will determine the extent of stimulus possible, and the buffer available for counter-cyclical spending. The response design must be calibrated for a phased series of impacts, from stabilizing economic activity and consumption in the near term, boosting investment over the course of FY18, even as it guides structural changes. How best to use the revenues?

As in all policy choices, the tradeoffs between various objectives and macroeconomic metrics will have to guide decisions. Fiscal and monetary policy will have to coordinate, but beyond a point, both have to balance various objectives. What are the relative benefits of a stimulus versus fiscal rectitude? Sovereign credit ratings are a very potent signal of global perceptions of India's potential.  The original trajectory would have taken the Fiscal Deficit from the budgeted 3.5% of GDP to 3% in FY18. But this is not the time. The focus should shift from the deficit (flow) to the debt (stock). India's consolidated sovereign debt stock (Centre plus states) has actually been falling steadily, from over 72% of GDP in FY09 to an estimated 66% in FY16 (although sovereign debt levels are higher than most Emerging Market peers). The second metric for sustainable debt, that the nominal growth rate be higher than the interest rate, has also held true for a while.

With the expected additional revenues, and a considered and calibrated relaxation of fiscal consolidation norms, a major direction anticipated in this Budget the allocation between stimulus to consumption and investment. A boost to consumption is essential to closing the persistent excess capacities, seemingly stuck at just above 70% for the past 3 years. But how best to achieve this? Is it better to use re-distribution measures to transfer lumpsum amounts to low income households, or increase discretionary incomes of midlle class families via tax rebates? A mic of the two is probably optimal, the amounts depending on the propensities to consume.
But just as importantly, capex, particularly privately funded investment, needs to be revived. One driver of growth must be the series of ambitious infrastructure programs: DMIC, DFC, Sagarmala. The Budget must emphasise the potential of other powerful institutions: Indian Railways has the potential to singlehandedly aggregate both direct investment as well as facilitate a logistics boost to catalyse India's competitiveness.

Going beyond the revenues and expenditures arithmetic, the Budget should lay out the big picture themes for the next couple of years.  The only way to create sustainable growth and boost employment is to make India more competitive, and rationalizing the tax framework is a key component in this. India is on the cusp of transformative change. First, use the Budget to expedite the "once in a lifetime" introduction of Goods and Services Tax (GST). Irrespective of the concessions to be given to states to co-opt into change, it will be worth the immediate loss, provided the concessions are offset by structural improvements.

It is not just domestic investors and consumers who will look to the Budget to help boost confidence and sentiment, but also global investors who consider India as one of the brightest beacons of growth and stability in the world. The Budget should strive to impart a path of policy stability, even while delivering a fiscal boost.

The author is Senior Vice President and Chief Economist at Axis Bank.

Tax Litigation - How do we minimize