'Rationalise taxes and dare to disinvestment'

The union budget is a tough test for the finance minister that will show how effectively he deals with the current challenges and bring back the economy on a progressive track. And, for an inclusive growth, he should go beyond tax exemption limits for individuals and startups. 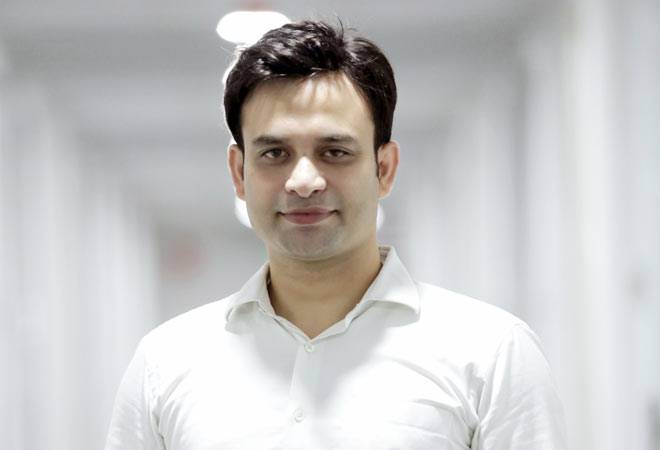 In India, February is a most sought-after month for both businesses and consumers because it affects their incomes and expenses besides allocating the country with its annual fiscal budget. But this year, Union Budget 2017-18 has special significance due to the two major reasons.

First, it is followed by the demonetization stand that Prime Minister Modi has taken on November 08, 2106. Secondly, it is preceded by assembly elections in Uttar Pradesh, Punjab, Uttarakhand, Manipur, and Goa.

Though the economy is struggling with various kinds of challenges, a majority of Indian population is quite optimistic that finance minister Arun Jaitley will present a pro-people budget to alleviate their pain that they have suffered in the past two months. Many, including the Reuters expect that Jaitley will increase the income tax exemption limit from Rs. 2.5 lakh to Rs. 4.0 lakh in the upcoming budget on February 01.

But, is it enough to resolve various contemporary economic problems that the nation is witnessing today? Of course, NOT. It is very disheartening that RBI and many other reputed agencies have already conveyed that the last quarter's GDP growth rate of 7.6 percent would not be maintained in present and final quarter of the ongoing financial year.

Now, the union budget is a tough test for the finance minister that will show how effectively he deals with the current challenges and bring back the economy on a progressive track. And, for an inclusive growth, he should go beyond tax exemption limits for individuals and startups.

Below are some useful suggestions that finance minister Arun Jaitley should bring into his kind consideration while preparing the Union Budget 2017-18.

Tax Rationalisation
An increase in the tax exemption limits from Rs. 2.5 lakh to Rs. 4.0 lakh for individuals is no doubt an immediate need of the time due to the rising inflation rate, but to counter against the rising incidence of tax evasion and tax violation, he should be lenient with tax rates.

People who live in the metropolitan cities bear a lot of additional expenses such as high transportation cost, parking fees, high home rentals and expensive schooling of the children.

And, when they pay 30 percent tax, they usually compromise with many of their genuine needs. Consequently, only 3 percent or even lesser number of people pays income tax in our country. Hence finance minister should make measures that encourage the people to file income tax in the favour of their own nation.

So, a reduced tax rate along with a higher tax exemption slab should be taken as a corrective measure to deal with the issue of tax avoidance.

Rewards for Digital Transactions
For a smooth transition of the country towards a cashless economy, finance minister should generously support and motivate the retailers, restaurateurs and small businesses who are accepting digital transactions and plastic money to reduce customers' pain caused by the limited availability of hard currency after the demonetization policy. In addition, customers who are also embracing the cashless concept should be rewarded with decent subsidies or rebates on e-payments.

India Needs GST
The government should not make further delays in the introduction of GST on pan India basis because a systematic and standardised tax regime will facilitate the interstate trade and consumers will get freedom from various indirect taxes that a common man is unable to calculate and understand.

A transparent and simple, direct tax system will also help to make transaction easy transactions for small businesses, it will save their accounting cost and auditing time. Right execution of GST will also help to increase the revenue and it brings down the operational cost.

Easy Lending, Better Returns
To re-ensure the recovery of sectors experiencing losses and slowdowns, there is an urgent need to reduce lending rates for MSMEs. Business loan at lower interest will decrease the burden on small businesses and make them allow using their resources in a more productive manner. A vast population in India earns their livelihood from these small businesses and if they grow they will generate more employment opportunities for skilled and semi-skilled youths of small towns and villages.

Dare to Disinvestment
To reduce government's liability, some concrete steps should be taken by the finance ministry to address the Non-Performing Assets (NPAs) under the header of public undertakings. Disinvestment of the firms that are incurring recurrent losses due to various odd reasons should be disposed off rationally with the support of top management.

Investment in the NPAs exceeds the fiscal burden, but if the same amount allocated to the PSUs that are making profits then the cumulative effect will be more than the marginal gains. In additions, wherever possible, the government should be ready for PPP business models. At one hand the PPP approach lessens public liability and on the other hand, it also saves jobs of the people working in sick units.