Budget 2017: Textile items should be kept under GST with the minimum possible tax slab

In the light of recent events occurring as a consequence of demonetization, consumer expenses have resulted in a slowdown in domestic demand for apparel and other end-products of textile industry. 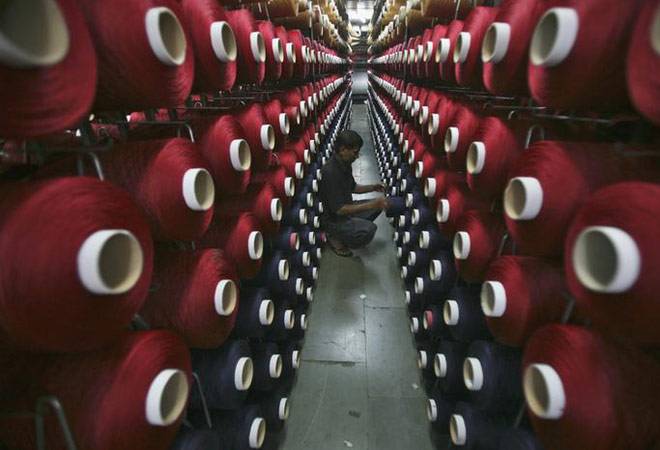 The textile chemicals market in India is projected to cross US$ 2.5 billion by 2021, on account of increasing industrialization, surging consumption of  textiles in engineered products and rapidly rising awareness about the benefits of using textile chemicals.

Apart from this, rising disposable income and increasing living standards are expected to significantly augment demand for textile chemicals in India over the next five years. Government of India has been increasingly focusing on taking initiatives to make the country's textile industry more competent on the global landscape.

Prime Minister Narendra Modi  announced a war against black money and corruption. In an emboldened move, it was declared that the 500 and 1000 Rupee notes will no longer be legal tender from midnight, 8th November 2016. This measure was taken by the PM in an attempt to address the resolve against corruption, black money, terrorism and counterfeit notes. This move is expected to cleanse the formal economic system and discard black money at the same time.

The sudden decline in money supply and simultaneous increase in bank deposits has adversely impacted consumption demand in the economy, though this is considered as a short term effect. This may also have adverse impact on real estate and informal sectors thus leading to lower GDP growth.

The Indian economy was growing at a healthy pace of 7.6%, when the demonetization drive suddenly slowed down the pace of the economy. Liquidity issues are impacting businesses, especially FMCG Sector, Automobiles, Textile Sector and Real Estate where the cash transactions were dominant.

Let us look at the impact of this move on the pre budget expectations for textile industry in India.

Current Status of the sector
In the light of recent events occurring as a consequence of demonetization, consumer expenses have resulted in a slowdown in domestic demand for apparel and other end-products of textile industry. Textile industry being one of the most labor intensive industry have been facing the heat of this move.

The textile industry employs about 40 million workers and 60 million indirectly. India's overall textile exports during FY 2015-16 stood at US$ 40 billion.
Challenges and Opportunities

The RBI verdict of scrapping INR500 and INR1000 currency notes has received mixed responses from textile sector. The organized textile sector has welcomed the decision as it would streamline the transaction system and would result in transparent business transaction with overseas traders. The decision would increase the usage of electronic clearing system for making payments and would reduce the black transactions significantly. This move has reciprocated in the form of excess inventory accumulation.

On contrary, this decision is setback for unorganized textile sector of the country that is dependent on domestic market for revenue generation. Restriction of withdrawals from bank did impact the weekly payment to contractual workers in textile sector. Additionally, constraints on cash withdrawals negatively influenced the procurement of new cotton, yarns and fabric in India.

Crystal-gazing with respect to this year's budget
With the upcoming GST bill the positive impacts of GST on overall economic growth in the next few years and it has been stated that this would make the manufacturing sector more competitive. As far as the textile sector, being an essential item for the common man, textile items should be kept under GST with the minimum possible tax slab with the special rates.

Demonetization and cashless transactions are the initiatives of honorable Prime Minister of India and Smt. Smriti Irani, Union Textile Minister has encouraged digital payments in textile industry. Digital India Workshops have been coming up as an initiative to empower workers to make cashless money transactions using electronic devices and channels. These workshops are first of its kind organized in Indian textile industry.

The textile ministry is promoting cashless payment within the industry by encouraging textile workers, artisans and weavers to open bank accounts following the demonetization of high currency notes. More than 5 lakh workers have opened their accounts in the last month, and a large number of them belong to textile hubs like Tirupur, Bhiwandi and Surat.The government has urged textile units to go cashless on a priority basis by opening accounts and using unified payments interface (UPI). The ministry of textiles also set up over 900 camps across the country to open bank accounts.

As quoted by Textile commissioner Kavita Gupta that "the ministry aims to bring all textiles workers in India within the banking fold and enable them to use digital payment transfer apps in the next three months." Although the Demonetization move has affected the cash flow of the textile industry and is likely to drive a constraint in the demand for the entire textile value-chain as stated in reports, but as the demand reverts back to a steady state over the next few months with expected improvement in liquidity, this impact will be neutralized.

Faber Aakash Borse - one of the founding members and Director of Faber Infinite Consulting with operations in Asia Pacific, Africa & Middle East.

Four indirect tax changes that we may see in Budget 2017