You may have to pay more for rail journeys. Here's why

"We will continuously endeavour to improve the Operating Ratio of the Railways. The tariffs of Railways will be fixed, taking the costs, quality of service, social obligations and competition from other forms of transport into consideration," Jaitley said. 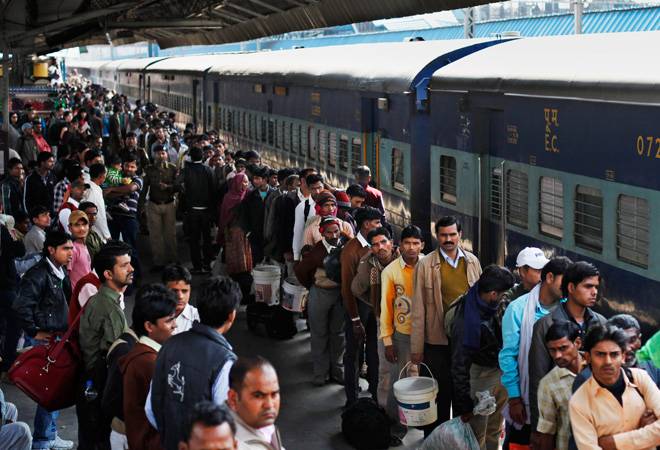 If the country's youngsters want luxurious, speedy train journeys, then they have to be prepared to pay more. Seeking to justify the high rail fare in premium trains like Gatimaan Express as well as Rajdhani and Shatabdi trains, Finance Minister Arun Jaitley said that the tariff would be determined by the quality of service and competition from other modes of transport.

"We will continuously endeavour to improve the Operating Ratio of the Railways. The tariffs of Railways will be fixed, taking the costs, quality of service, social obligations and competition from other forms of transport into consideration," Jaitley said, while presenting the first rail budget merged with the General Budget.

Railways are in the process of introducing new luxury trains like Hamsafar and Tejas Express, which will be more expensive than normal trains. Also, the proposed bullet train and the high speed trains will incur higher cost. Jaitley also announced the withdrawal of service charges from tickets booked via IRCTC to promote cashless transaction.

IRCTC is likely to lose about Rs 500 crore a year due to this. Jaitley also said that booking of railway tickets via cashless transactions has gone from 58 per cent to 68 per cent.

Faced with a series of derailments, the Railways got a much needed separate fund for safety upgradation of the rail network with the budget proposing an outlay of Rs 1 lakh crore that will cover the upgradation of tracks and signaling, besides the elimination of unmanned level crossings.

The budget announced listing three railways PSUs - IRCTC, IRFC and IRCON - in share markets, as well as converting 500 stations into disabled-friendly ones. All the coaches will be equipped with bio-toilets by 2019, and Railways will also have a Clean my coach app.

Prabhu also mentioned the joint participation with several state governments to execute rail projects, adding that the bidding process for developing 23 stations will begin soon. It was also proposed to feed about 7,000 stations with solar power in the medium term. While this has already been done in 300 stations, work on 2,000 railway stations, as a part of the 1000 MW solar mission, will begin soon.

Jaitley also announced the plan size for the next fiscal for the Railways at Rs 1,31,000 crore as against Rs 1.21 lakh crore last year. He proposed the creation of 'Rashtriya Rail Sanraksha Kosh' (National Rail Safety Fund) with a corpus of Rs 1 lakh crore.

More scholarships in the year ahead