Budget 2018: Will the middle class get some relief in the upcoming budget?

After the rollout of GST, significant powers now vest with the GST Council to notify this tax. Keeping that in mind, the upcoming budget is unlikely to foresee any significant amendment in indirect taxes, barring customs duty related proposals. 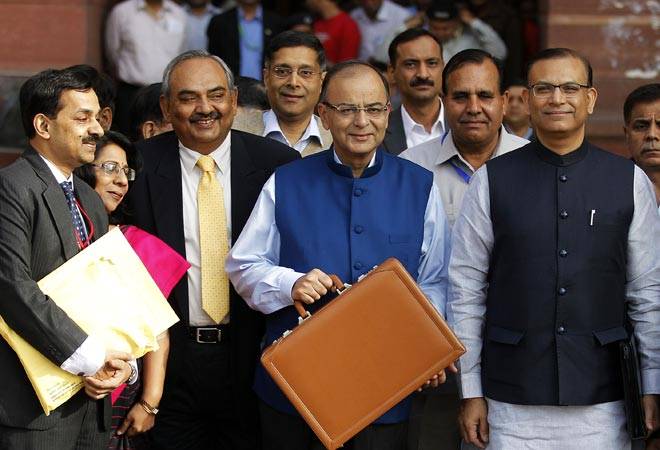 In 2017, for the first time the presentation of the Budget was advanced to February 1. Continuing the practice initiated last year, the Finance Minister is preparing  to unravel the budget on February 1, 2018. Having said that, it would be pertinent to note that not only the current economic situation, but the upcoming state and central government elections may also have a bearing on the budget proposal.

After the rollout of GST, significant powers now vest with the GST Council to notify this tax. Keeping that in mind, the upcoming budget is unlikely to foresee any significant amendment in indirect taxes, barring customs duty related proposals.

People at large are anxious to see how the Finance Minister strikes a balance between improving the fiscal health of the economy which has slowed down on account of GST and demonetisation and living upto optimistic expectations from the budget.

Further, with the major tax overhaul in the US, can we expect the Indian Government to adopt a US like approach by reducing the burden on companies and individuals? Can we expect the budget to cheer up and lift the sentiments of the general public in the wake of GST and demonetisation?

Listed below are some key expectations from the direct tax perspective that may find a place in Budget 2018:

The middle class can hope for a relief in Budget 2018 as the finance minister is contemplating hiking the personal income-tax exemption from the present Rs 2.5 lakh to at least Rs 3 lakh. In the last budget, the Minister left the slabs unchanged but gave marginal relief to small tax payers by reducing the rate from 10 per cent to 5 per cent for individuals having annual income between Rs 2.5 - 5 lakh. Raising the basic exemption limit would leave more disposable income in the hands of the tax payer, thereby improving purchasing power and creating additional demand in the economy.

In Budget 2018, the government may announce certain measures that can increase your take-home pay which will allow you to save more by increasing the limit under Section 80C of the income-tax Act, 1961 (the 'Act') from the existing Rs 1.5 lakh.

In the year 1999, the government introduced a special deduction of Rs 15,000 towards expenses reimbursed by an employer in relation to medical expenses. However, in the past 18 years, the cost of medical treatment has witnessed manifold increase. It is, therefore, expected that this exemption limit under Section 80D of the Act could be raised from the existing limit of Rs 25,000.

Further, we may also expect the government to bring in additional avenues to channelise the savings of the masses into the economy and help the nation  revive its GDP.

In Budget 2015, the Finance Minister had laid out a road map to bring down the corporate tax rate from 30% to 25% within four years, which is yet to be implemented completely. Effect to the above was seen in the last two budgets, wherein corporate tax rate of 25% was levied for enterprises with less than Rs 50 crore turnover in Budget 2017. On the same lines, it is expected to extend the benefit of lower tax rate from the existing 30% with a phased elimination of exemptions.

Phasing out of exemptions may result in gradual alignment of book profits with the taxable profits, thereby expecting a cut in the MAT rate, eventually phasing out MAT provisions. Rejigging the personal income-tax exemption limit together with cut in the corporate tax rate is merited in the light of broadening the tax base on introduction of GST, promoting 'Make in India', thereby making India more competitive in terms of doing business, big ticket US tax reforms, etc.

If the Government does not consider rationalising the corporate tax rate, India Inc. expects the Finance Ministry to do away with DDT of 15% (excluding surcharge and cess) on dividend paid to shareholders by a domestic company and taxing the same in the hands of the shareholders.

The Budget is likely to offer a stamp duty waiver and exemption from seeking a no-objection certificate from the tax department.  A press release has also been issued by the Central Board of Direct Taxes (CBDT) to relax the provisions of Minimum Alternate Tax (MAT) for those companies against whom an application for corporate insolvency resolution process has been admitted by the adjudicating authority. Appropriate legislative amendment to give effect to the same is expected in Budget 2018.

This move shall put to rest any anxiety in relation to statutory backing to the proposed administration.

6. Long term capital gain on equity on its way?

Some of the media reports suggest reintroduction of Long Term Capital Gains (LTCG) tax on listed equity investments. However, in our view, to bring greater stability to the stock market, such a proposal may not be put forth by the Government.

Since 2005, there has been no tax on gains made on sale of listed equity held for more than a year. However, there is a 15 percent tax on gains in other cases.

Instead of reintroducing this tax, the alternate proposition which the Government may evaluate is to amend the definition of 'long term' by increasing the period of holding shares from one year to a longer period.

Run up to the budget has begun. Besides the above, reintroduction of standard deduction for salaried class, reintroduction of MAT exemption to SEZ units, rejig in the income-tax slab rates, etc. may also find place in the budget speech. Needless to mention that a surprise in terms of BEPS recommendations' adoption for 'something new' cannot be ruled out.

Many people have pinned high expectations from the upcoming Budget 2018 and anticipating some major relief by eyeing the lens of the FinMin.

It would be important to see how the finance minister puts up the show and makes the masses and the classes happy.

Budget 2018: How tax structure has changed under Arun Jaitley

Union Budget 2018: Watch out for these 5 rural theme stocks on Feb 1