In reality, the budget is slightly less important that in any past year since most indirect tax decisions have been subsumed by the GST. 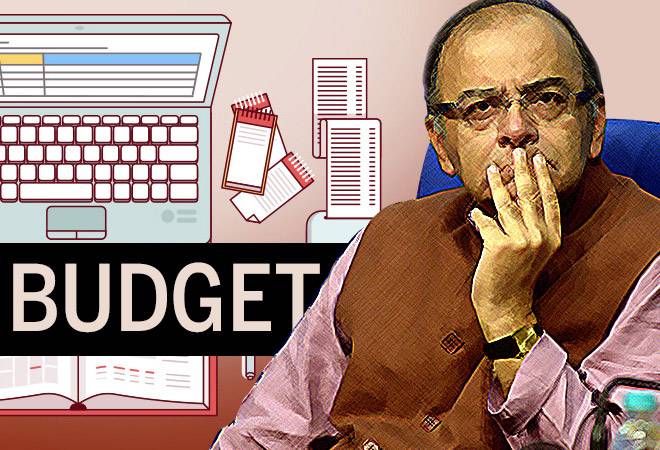 Rajiv Shastri: In reality, the budget is slightly less important that in any past year since most indirect tax decisions have been subsumed by the GST. So, not only will a large portion of the budget be missing this year, analysis on which sector would benefit from changes in indirect taxes will be missing as well. However, valuations are currently elevated and this prompts the markets to watch every event that could possibly have an impact extremely closely.

Manish Gunwani: The forthcoming budget is important because from an economic and political perspective, there is an imperative to stimulate the economy via government spending but the fiscal deficit situation is challenging. How the government balances priorities will be important especially for the bond market. The possible changes in direct tax rates for corporates, individuals and investors will have a far reaching impact and provide indication of long term policy direction.

Nilesh Shah: Every budget lays out a fiscal deficit target and the governments agenda for next year. Market and investors would like to know the fiscal deficit, capital spending and subsidy allocation to find out individual stock impact and overall market direction.

What would you advice investors to do ahead of the budget?

Shah: Take the Budget as a station on the journey. Some budgets may push the market higher, some push it lower. Your investments are tied to your investment goals. Budget is an event which may or may not impact the market. Your goal should not change because of budget.

Shastri: Investors should, as always, take only as much risk as they are comfortable with. This basic rule cannot change based on upcoming events. In fact, when these upcoming events are multifaceted (like the budget, which has social and political facets, apart from the economic and commercial) this rule should be even more strictly adhered to. One must remember that, when faced with a complex event, containing risk at an acceptable level is an extremely important part of managing a portfolio.

Gunwani: We believe investors should have a long term asset allocation view based on which equity exposure should be maintained. It is not advisable to change asset allocation based on specific events like budget whose impact is very difficult to predict.

What is your expectation from the budget? What would you want from the finance minister in the budget that would keep market and investors happy?

Gunwani: We look to a reasonable fiscal deficit number with conservative projections on tax collection and other items which help bond yields trend lower. In addition, there needs to be a long term roadmap for direct tax rates and focus on infrastructure.

Shah: I want FM to achieve trinity of impossible. He should cut taxes at the bottom of the pyramid to boost consumption. He should raise revenue by plugging loopholes like bonus stripping, agriculture income tax, gold holding tax and Estate duty. FM should monetise assets of the government in a smarter manner like strategic divestment, VSNL land monetisation, custodian of enemy property assets etc to raise revenue. The Government is also sitting on various unspent cess which can be utilised to make necessary spending. On the expenditure side FM should focus on construction which has high multiplier to growth and employment. The FM should also focus on how to curb the menace of Chinese dumping which is resulting into a trade deficit of more than Rs 375,000 crore a year and converting our manufacturers into traders. The FM should also follow the path of fiscal prudence laid down in previous budget. If FM is innovative than trinity of impossible is possible.
{mosimage} The fact that the budget deals with the entire economy and nation, makes us circumspect as to what we can expect from the market perspective. Also, as mentioned earlier, this budget's main focus will be on direct taxes and as a result of this, the scope for surprises is limited. We believe that the current regime of direct taxes in India is one of the best available globally and would like to see a continuance. At the same time, there are emerging challenges as large well developed economies cut corporate tax rates. India, as well, has indicated a path to lower corporate tax rates and we look forward to this path being followed.

4) The market is expecting a cut in corporate rate tax as well as expecting the LTCG tax for the equity market to be three years from the current one year. What is your understanding how will the market take this development if both come through or even one comes through in the budget?

Gunwani: Clearly cut in corporate tax will be positive and change in LTCG tax will be sentimentally negative. The most desirable outcome is that there should be long term plan for direct taxes which provides certainty to investors.

Shastri: As mentioned earlier, the path to lower corporate tax rates has already been laid out. But along with these lower rates, there will be some reduction in exemptions enjoyed by the corporate sector. As such, the impact of any such change is likely to be mixed as there will be both winners and losers. As far as LTCG tax is concerned, while we cannot deny the logic for levying these, we would like to highlight the practical difficulties in this approach. Capital, by definition, is mobile and will move to the most favorable destination in terms of post - tax returns. At a time when market valuations are elevated, an imposition of a tax of this sort may just be the proverbial last straw for the shifting of flows to other destinations. At the same time, this is more a concern from the viewpoint of foreign investors. Indian investors aren't likely to abandon the markets merely due an increase in either the threshold period for being classified as "long term" or an increase in the applicable tax rate to such gains.

Shah: The cut in corporate  tax is likely to be linked with the withdrawal of exemptions. Markets have probably discounted such a move. The LTCG is a tenacious issue. STT was levied in lieu of LTCG. Investors are paying about Rs 8000 CR plus in STT.increase in tenure should be acceptable to the market after may be an initial knee jerk reaction. At least our experience on debt Mutual Fund corroborates that hypothesis.

The market expects a populist budget. Do you also expect the same and if the fiscal deficit is over 3.2 per cent or crosses 3.5 per cent then what will your view on the market and the economy?

Shastri: A higher-than-expected fiscal deficit would definitely pose serious challenges for the bond market. However, in the current circumstances, the source of this deficit would be crucial in deciding how the equity markets respond to it. A truly populist budget, which puts money in the hands of the rural population and spurs widespread consumption could well end up being beneficial for the equity markets, especially over the short term. And while it is true that higher deficits and high bond yields would hamper the markets eventually, a rural revival may just be what the economy needs at the moment. Ideally, this infusion of money in the rural economy would happen as a result of asset creation under the rural roads scheme or the employment guarantee scheme, but as things stand, an infusion would be welcome even through farm focused social benefit expenditure.

Gunwani: More than the fiscal slippage, it is the quality of government spending that is important in our view. If the slippage is due to robust spending on infrastructure which has a clear benefit of improved productivity then it should not worry investors.

Shah: India got differentiated from its peers like Brazil and South Africa when it followed the path of fiscal prudence. The FII flows in both debt and equity market is driven by the path of fiscal prudence by the government. If we deviate significantly from that path than there will be fear in the minds of FIIs and it may impact their flows. If we can explain marginal deviation with appropriate data than investors are likely to support.

6) Market has discount lot of positives and negatives ahead of the budget what in your view is the unexpected surprise or shock which can derail the sentiment in the Indian equity market?

Shastri: As mentioned earlier, any adverse change in taxation has the possibility of damaging investor sentiment, especially at the current valuation levels. Also, any indication that the government may be flagging in its banking reform initiatives would take a toll on the markets, as would any indication that the earlier indicated path to lower corporate tax rates may not be followed. On the expenditure front, while the equity markets would cheer some populist measures, it would be uncomfortable if they are seen to be overly profligate. As always, the budget needs to strike the perfect balance.

Gunwani: Very high expenditure towards consumption which threatens high inflation and increase in CAD will be perceived negatively

Shah: If the budget moves away from the path of fiscal prudence by a big margin than markets can get a shock, moving away from the fiscal path will be a shock for the market.
(End of matter)

Budget 2018: What India needs is privatization, not mere disinvestments