During the Budget speech, Finance Minister Arun Jaitley said that to incentivise domestic value addition, he is proposing an increase in customs duty on certain items. 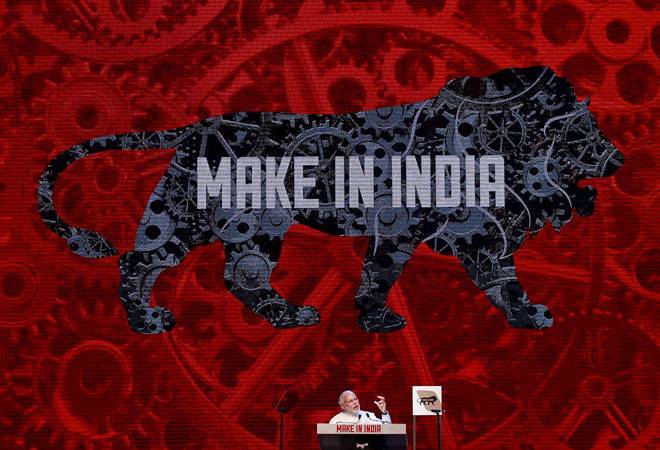 There is good news for 'Make in India', the government's flagship programme to boost manufacturing in the country. During the Budget speech, Finance Minister Arun Jaitley said that to incentivise domestic value addition, he is proposing an increase in customs duty on certain items. "I propose to increase customs duty on mobile phones from 15 per cent to 20 per cent, on some of their parts and accessories to 15 per cent and on certain parts of TVs to 15 per cent. This measure will promote creation of more jobs in the country."

Customs duties have been significantly increased in more than 10 sectors to discourage imports, most of it from China and other Asian countries. Think of furniture, lighting, clocks, toys, or even cigarette lighters. The budget proposals lay out one of the most comprehensive approaches to "protect" domestic manufacturing.

Interestingly, Prime Minister Narendra Modi, addressing the World Economic Forum's annual summit in Davos earlier this month, said the sentiment of anti-globalisation was as dangerous as climate change and terror. He spoke of protectionist barriers harming the developing world. Today's budget proposals appear to be a retaliation against that rich world.

Here are some of them

2. Custom duties on 'Perfumes and toiletry preparations' have doubled to 20 per cent.

4. The duty on silk fabrics and footwear has been doubled to 20 per cent.

6. Imports of furniture, lamps and lighting fitting will be costlier - the proposed duty, in many cases, is now doubled to 20 per cent. Same for watches and clocks, even toys - tricycles, scooters, pedal cars and similar wheeled toys; dolls' carriages; dolls, puzzles of all kinds.

7. The duty has similarly been proposed to be doubled for items such as sunglasses, candles, kites, lighters, and scent sprays among others.

While domestic assemblers and manufacturers welcomed the proposed protection - these measures would "revive the confidence of the domestic enterprenuers" - analysts sounded a caution. M.S. Mani, Senior Director of Deloitte India noted that "while the intention behind increasing the customs duties on some products such as mobile phones is to incentivise domestic manufacturing, this will lead to an increase in the prices for these products denting the middle class consumers wallets".