Budget 2018: How tax structure has changed under Arun Jaitley

Arun Jaitley came out all guns blazing in his maiden Budget speech in Parliament on July 10, 2014. To begin with, he raised the income tax exemption limit from Rs 2 lakh to Rs 2.5 lakh for individual taxpayers below the age of 60. 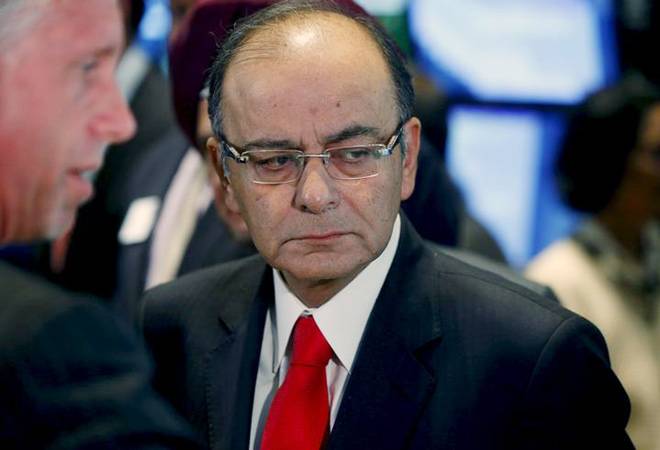 On February 1, Finance Minister Arun Jaitley will present his fifth Union Budget, including an interim one as his first report. While speculations are rife that he will try to win hearts by tinkering with exemption limits and/or tax slabs - this being the Modi government's last Budget before general elections next year - he has already introduced a fair amount of changes to our wallets over the years. Take a look:

2014
Jaitley came out all guns blazing in his maiden Budget speech in Parliament on July 10, 2014. To begin with, he raised the income tax exemption limit from Rs 2 lakh to Rs 2.5 lakh for individual taxpayers below the age of 60. The limit for senior citizens was accordingly raised too. In addition, the exemption limit for investment in financial instruments under 80C was hiked by Rs 50,000 to Rs 1.5 lakh while the deduction limit for interest payable on a home loan (self-occupied property) was raised from Rs 1.5 lakh to Rs 2 lakh.

2015
Though Jaitley did not touch tax rates or slabs in Budget 2015, he introduced a string of exemptions on the healthcare front. Apart from raising deduction limits for health insurance premiums from Rs 15,000 to Rs 25,000 - the new limit for senior citizens was Rs 30,000 - he announced an additional deduction of Rs 25,000 for differently-abled persons under Section 80DD and Section 80U of the Income-tax Act. For very senior citizens, aged 80 years or more, who weren't covered by health insurance, he allowed deduction of Rs 30,000 towards medical expenditure. He also hiked the deduction limit with respect to specified diseases of serious nature from Rs 60,000 to Rs 80,000 for senior citizens.

Then, to make the average salaried person happy, he doubled the transport allowance exemption, from Rs 800 to Rs 1,600 per month. To make up for the revenue loss, he increased the income tax surcharge for the super-rich with incomes of over Rs 1 crore - from 10% to 12% - but abolished the Wealth Tax. He had claimed that with these measures the individual taxpayer would get "tax benefit of Rs 4,44,200", including income exempted from tax.

2016
Once again he raised the income tax exemption limit by Rs 50,000, taking the ceiling to Rs 2.5 lakh. In addition, the ceiling of tax rebate under section 87A was raised from Rs 2,000 to Rs 5,000 to lessen the tax burden on individuals with income up to Rs 5 lakh. As a sop to first-time home buyers, he allowed deduction for additional interest of Rs 50,000 per annum for loans up to Rs 35 lakh sanctioned in 2016-17, where house cost was under Rs 50 lakh. Not forgetting those living in rented accommodation, he increased the limit of deduction of rent paid under section 80GG from Rs 24,000 per annum to Rs 60,000. On the flip side, Jaitley once again hiked the surcharge on incomes over Rs 1 crore, this time to 15% (up from 12% in the previous year).

2017
In last year's budget, the finance minister offered marginal relief to small tax payers by reducing tax rate on the Rs 2.5-5 lakh bracket to 5%. Tax rebate for taxpayers with income up to Rs 3.5 lakh (earlier Rs 5 lakh) was reduced to Rs 2,500 from Rs 5,000 per year but the combined effect of change in tax rate and rebate meant that an individual with taxable income of Rs 3.5 lakh would have to pay Rs 2,575 as income tax instead of Rs 5,150 earlier.
Significantly, a new 10% surcharge was introduced on incomes over Rs 50 lakh up to Rs 1 crore, in addition to the 15% of income tax levied on those with incomes over Rs 1 crore.

While the middle class has benefitted from these measures, one must balance it against the fact that interest rates on fixed income investments-think fixed deposits, provident fund, National Savings Certificate et al-have been steadily coming down under the stewardship of Prime Minister Narendra Modi.