The Budget Session of Parliament kicks-off today and the Economic Survey, the government's report card on economic performance in the past year, will be tabled soon. 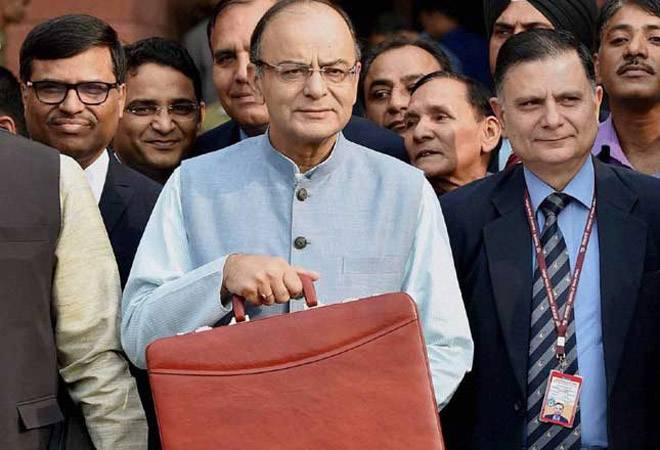 Today is a pretty important day. The Budget Session of Parliament kicks-off today and the Economic Survey, the government's report card on economic performance in the past year, will be tabled in a few hours. Prepared by Arvind Subramanian, Chief Economic Adviser, Ministry of Finance, the Economic Survey basically sets the stage for the Union Budget by painting a broad picture of the state of the economy and makes recommendations on key economic policies to the government.

Finance Minister Arun Jaitley will present the Economic Survey 2018-19 following the customary address by President Ram Nath Kovind to a joint sitting of the Lok Sabha and the Rajya Sabha, which is currently in progress. In line with the popular perception that the coming Union Budget-the last full budget to be presented by the Modi government before general elections next year-will be a landmark one in terms of agrarian policies and rural initiatives, the Economic Survey, too, might lay the emphasis on the agriculture sector. Jaitley himself recently said that India's economic growth is not "justifiable and equitable" unless the benefits are "clear and evident" in the farm sector.

A recent Deutsche Bank report explains the logic behind such speculation. Highlighting the fact that farming income growth has moderated over the last few years, which has resulted in a sharp erosion of rural purchasing power, the report expects the government to announce "targeted measures" to boost farm incomes and make agriculture remunerative. "In addition, policy measures like increased allocation towards NREGA, direct benefit transfers and other moves aimed at improving agricultural productivity are also expected," it said.

It's actually high time the government got around to it, given that the past two Economic Surveys did not really focus on the agriculture sector, which provides employment to 48.9% of the total workforce in India and contributes around 17-18% to the country's GDP.

Here's some trivia about the Economic Survey:

However, the Economic Survey and the Budget are not the only highlights of the Budget session now underway. According to Lok Sabha Speaker Sumitra Mahajan, the House would have eight sittings in the first part of the budget session, during which 19 out of a total of 36 hours would be devoted to the discussion on the vote of thanks to the President's address and the Union Budget for 2018-19.

Following a recess after February 9-in order to enable the Standing Committees to examine the demands of grants of various Ministries/ Departments and make their reports accordingly-the Parliament will meet again from March 5 to April 6, during which time there would be 23 more sittings.

As many as 28 bills will be tabled in the Lok Sabha, while 39 bills are listed for the Rajya Sabha for this Budget session. The most significant of these are the triple talaq legislation, the OBC Bill, the Motor Vehicles (Amendment) Bill, 2017 and Payment of Gratuity (Amendment) Bill, 2017.