Budget 2019: The Budget speech trivialising the issue said "To resolve the so-called 'angel tax' issue, the start-ups and their investors who file requisite declarations and provide information in their returns will not be subjected to any kind of scrutiny in respect of valuations of share premiums". 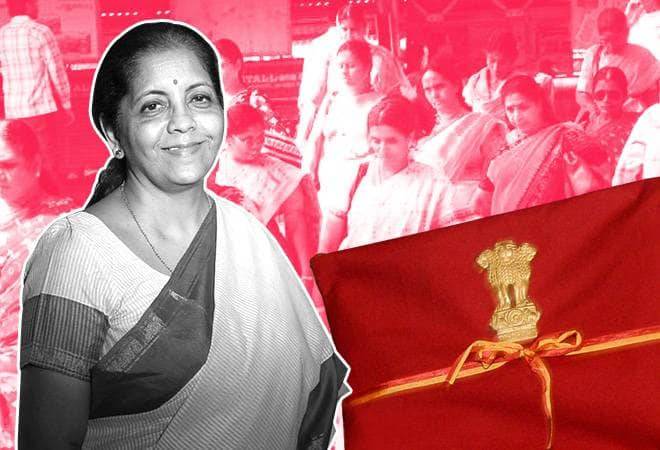 Budget 2019: The Budget speech added that the issue of establishing identity of the investor and source of investors' funds would be resolved by putting in place a mechanism of 'e-verification'

Indian start-ups, which were hoping for the Finance Minister Nirmala Sitharaman to resolve the taxation woes of the community, seemed disappointed with what has been offered to them. The Budget speech trivialising the issue said "To resolve the so-called 'angel tax' issue, the start-ups and their investors who file requisite declarations and provide information in their returns will not be subjected to any kind of scrutiny in respect of valuations of share premiums". The Budget speech added that the issue of establishing identity of the investor and source of investors' funds would be resolved by putting in place a mechanism of 'e-verification' and funds raised by start-ups will not come under the scrutiny from the taxman. In what looks like a move that is likely to increase bureaucratic interference, a 'special administrative arrangement' has been promised to be made by the Central Board of Direct Taxes (CBDT) for pending assessments of start-ups and redressal of grievances. Finance Minister also ensured that no inquiry or verification in such cases can be carried out by the Assessing Officer without obtaining approval of his supervisory officer.

Expressing his disappointment, T. V. Mohandas Pai, Partner, Managing Director and Chairman of Aarin Capital said "Initially the law was being misused and notices were being sent. Now the FM says that they will ensure that taxmen don't send notices. So, she is just stopping harassment. This is not an incentive". However, he hopes that assurances will result in actionable measures being taken by the government. Nikunj Bubna, who had to shut his start-up Whats Extra owing to angel tax issue, says he is happy to see importance given to start-ups in the finance bill . However, he says that even though the government knows that more than 200 start-ups have already been affected by this issue, there has been no resolution to the problem. "We were hoping the matter to be put to rest in an unambiguous manner, but that remains and nothing much has been done for start-ups that are struggling with the issue," says Nikunj.

Vivek Gupta, Partner and National Head for KPMG India's M&A/ PE Tax practice says that the move to ease start-up friction on angel tax is welcome and the follow-up implementation should  happen as promised where assessments orders have already been passed. "I don't think the appeal process in respect of those orders can be stopped," he says. While there could be sympathetic approach to start-ups during appeals, the new provisions regarding this matter clearly indicates the intent of easing the process. "We will have to see how the implementation happens," he added.

While there is no clarity if this would be applicable to start-ups where assessment notices have already been sent and to those where orders have been passed,  Sreejith Moolayil - Co Founder & COO  of  True Elements feels the Budget has brought back more powers to bureaucrats. Sreejit is one of start-up founders against whom an assessment order was passed in spite of compliance  with all  prescribed rules "Now with a committee to look at start-ups  with respect to orders and requirement of senior officers approval for looking at valuations and investments, there is no structural change," said Sreejith. While status quo continues for now, it was around mid-2017 when start-up companies started receiving notices. India's noted angel investors like Kris Gopalakrishnan, Mohandas Pai and Indian Angel Network (India's largest angel network forum) had raised their concerns with the commerce ministry, DIPP and also Finance ministry over these provisions. Most stakeholders in the start- up ecosystem agree that nothing much has changed on the ground.