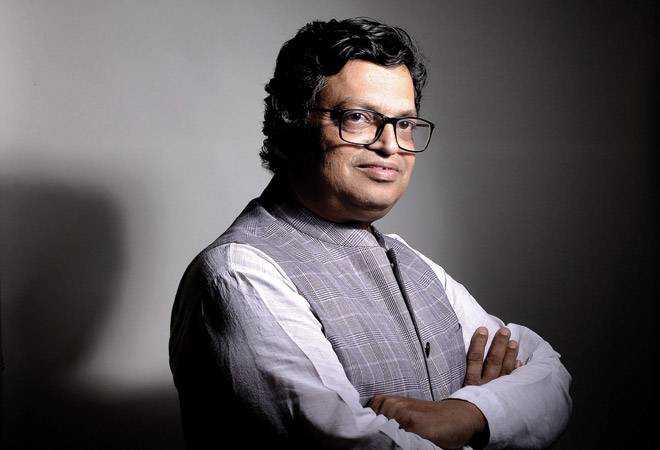 India's GDP growth rate has slowed to 5.8 per cent in the March 2019 quarter, taking the overall growth for 2018/19 to 6.8 per cent. What are the immediate steps needed to steer the economy back to higher growth?

Our macroeconomic parameters like inflation and current account deficit are on sound foundation. This gives space to the RBI (Reserve Bank of India) to cut interest rates. If it (rate cut) is properly transmitted, consumption and investment demand will pick up. This is going to be effective in the short term. There are some areas of concern in the medium term. Manufacturing has to be developed, particularly the MSME (micro, small and medium enterprises) sector. Its potential for employment generation (another area of concern) is huge. All bottlenecks preventing capacity expansion need to be removed. Along with strengthening manufacturing and employment generation, the government will also focus on increasing the agriculture sector income and doubling it (farmers' income) by 2022. India is short of capital, we need FDI. The government needs to increase its earnings, too.

How will that happen, especially when high cost of credit and subdued consumer demand are hindering growth?

If the issue of rate cut transmission is addressed, the cost of credit will come down and consumer demand will pick up. We have been seeking inputs from industry representatives. The most important demand that they have put forward is lowering of real interest rates.

The RBI has made it clear that reducing the repo rate alone will not result in low real interest rates because there are structural issues. Though the cost of funds for financial institutions has come down because of improved CASA (current account savings account) ratio due to demonetisation and push towards digital economy, the cost of funds for banks has to reduce further. Thanks to reforms in the banking sector, credit offtake increased by 14-15 per cent last year.

We also need development financial institutions that can take care of long-gestation projects. Our (BJP) manifesto promises a Rs 100 lakh crore investment in the infrastructure sector. That will generate a lot of demand and employment in the economy.

The actual tax collections are lower than projections. How will such expenditures be funded?

The collections are lower than projected because our targets have been very ambitious. The government has a target of improving the tax to GDP ratio and GST (goods and services tax) collections. Gross collections under GST have increased to more than Rs 1 lakh crore a month, but input tax credit is an issue. A large chunk of GST money is given out as input tax credit provisionally. There are leakages in the system. These leakages will end if a complete audit trail is established and all transactions are captured in the GST network and automatic matching of transaction takes place. Today, we are giving about 40 per cent collections as input tax credit.

The government is also not shying away from borrowing. If there is growth in GDP, the government gets a leeway to increase borrowing. In the past couple of years, government borrowing increased by Rs 30 lakh crore, but the percentage of borrowing to GDP fell from 47.5 per cent to 46 per cent. With GDP growth above 7.5 per cent, we will have space for borrowing more. And if GDP grows, the indirect tax revenue will also increase. The government will follow an expansionary fiscal policy. Disinvestment is also going to be one of the sources of revenue.

Does it mean the government will leave direct tax rates untouched in the Budget?

The government requires a lot of resources. At the same time, it has committed it will not increase taxes. We also want to reduce corporate tax rates to go with withdrawal of investment incentives, exemptions and subsidies. For individual taxpayers, the government wants to increase the basic exemption limit from Rs 3 lakh to Rs 5 lakh. So, the increase in tax collections has to be through GDP growth.

If the investment cycle picks up through government expenditure, it will, in turn, increase GDP and revenue growth. Basically, capital formation has to pick up. For it, we have to depend either on FDI or on private investment. The latter will come only when there is demand growth in the economy.

The compliance cost has to be reduced. Taxation and other laws have to be more transparent. 'Ease of Doing Business' is an important criterion based on which investment will come. We are working on that. An important area where there is a gap is ownership of land. Land transfer is one of the important areas that we are focussing on through digitisation of land records.

Is there a possibility of tax being levied on cash transactions?

I have said this earlier also that while such steps may be good optics, they will not help the economy in the long run. They are regressive in nature. It is advisable to go for traditional structural reforms of lowering real interest rates, improving consumption and demand and encouraging private investment. In a country like India, which is short of capital but has a huge market potential, structural economic reforms are the best.

Is export-led growth possible in the days of growing protectionism?

India's strength lies in its burgeoning middle class, which is a huge market. We have a large rural population looking for income growth. We have a middle class with decent disposable income. Our per capita income should double by 2030, and we are targeting a $10 trillion economy by 2032. That will in itself generate a lot of demand in the domestic economy. Export markets are not in our hands, but we can cater to our own markets.

Similarly, our defence import budget is very high; many of these items can be domestically manufactured by the private sector. If we give manufacturers an assured market, the defence industry has a lot of scope for import substitution.

How does the government plan to tackle the agriculture crisis in the country? Will the direct benefit transfer be expanded to cover landless peasants and labourers, too?

The prime minister has said that the government does not favour doles. We have to empower citizens. Our focus is on increasing income in the agriculture sector.

Over the years, with increased irrigation coverage, better research, etc., production has increased manifold and our agriculture economy has moved from shortage to surplus, but the policy mindset has not shifted in this direction.

In the past two years, we have tried to change the focus of our import-export policy to align it with producers' interests instead of just taking care of consumer demand. A national agriculture market has to be developed. GST will create a national market and e-mandis will remove regional boundaries. One should also realise that simply increasing the MSP (minimum support price) is not helping farmers. Only about 7 per cent of the total agriculture produce is being procured at MSP. More than 90 per cent farmers are forced to sell their produce in the open market. We will create better infrastructure in supply chain management, warehousing, etc. We don't have sufficient space to store even what is being procured. The government is attracting private investment in the warehousing sector.

I don't see any direct cash transfer to landless peasants and labourers. But they are benefitting from the social welfare policies of the government. They also stand to benefit from its focus on the agriculture sector. If the model land leasing Act (Model Agriculture Land Leasing Act, 2016) suggested by the NITI Aayog and backed by the Centre, is enacted by the states, a large area of land will come under agriculture, which will benefit landless peasants and labourers. It is one of the focus areas.

What are the economic legislation that we may see immediately?

In the financial sector, most of the recommendations of the Financial Sector Legislative Reforms Commission (FSLRC) have been implemented. The IBC (Insolvency and Bankruptcy Code) has been successful in resolving many problems. There are issues regarding NCLT (National Company Law Tribunal) like clogging of cases and over-shooting of resolution timelines. More benches are to be created and we have to set up a mechanism so that the smaller cases do not clog the process. The FSLRC had also recommended the FRDI (Financial Resolution and Deposit Insurance) Bill. We have to implement it. The resolution mechanism for private financial institutions has to be in place. We have seen that when companies like IL&FS or other NBFCs, etc., fail, there is no standard operating procedure for resolution.

If you see major failures in the corporate sector or NBFCs, it is mainly because of asset-liability mismatches. For infrastructure development, we need development financial institutions. An RBI report recommended a wholesale bank. We need financial institutions that have a long-term lending perspective. We might see some work in that direction as well.