In her Budget speech, Sitharaman is expected to focus on making housing more affordable for the masses and arrange GST cuts as well as promote affordable housing for weaker section through credit linked subsidy. 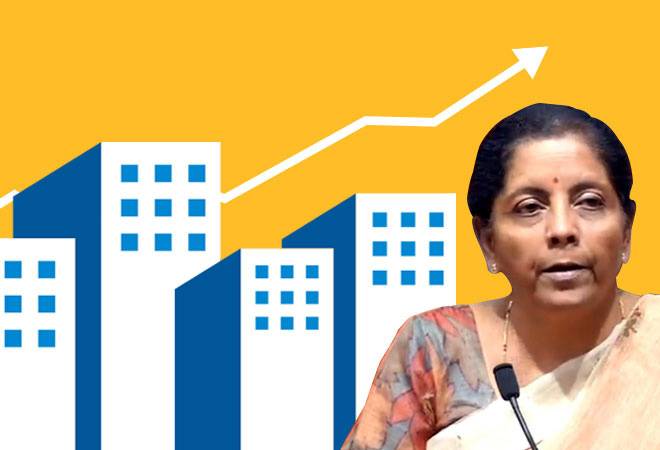 Analysts believe that 2019 Budget is bound to trigger a bull rally in the equity market, that is currently undergoing correction.

Investors have followed a wait and watch approach post the Lok sabha Election rally this year. While the market showed an emotional reaction to the election outcome, the same cannot be expected out of Budget, as it will have more rational triggers for the market. There was a pre-budget rally witnessed by the domestic equities with investors keeping the market sentiments up, though lower volumes suggested that the stocks were being traded cautiously. The downward pressure on volumes was further magnified by the slowdown in global equities for the past few weeks amid Sino-US trade war and the oil related rift. Meanwhile, the real estate industry, which is already battling the delayed housing projects, piling up of unsold inventory and liquidity crisis, needs much improvement and will be a key sector for the Modi govt. to lay its hands on.

"The upcoming budget will focus more around to address the slowdown of the economy. It is likely that the finance minister will tread a path of caution and the headline fiscal deficit is likely to be 3.5% of GDP for the financial year", quoted Rahul Jain, Head, Personal Wealth Advisory, Edelweiss.

With Modi 2.0 eyeing the revival of the economy that slowed down to 5.8 percent in FY19, and the government achieving growth and employment targets, low cost housing is among the key sectors which are likely to benefit from the Budget.

In the new budgetary policy, there are expectations that the Finance Minister Nirmala Sitharaman would announce some policy measures that addresses financial sector troubles so as to boost the sagging economy.

In her Budget speech, Sitharaman is expected to focus on making housing more affordable for the masses and arrange GST cuts as well as promote affordable housing for weaker section through credit linked subsidy.

"Over the past two years, the government spending was more on the infrastructure and less on spending in the rural/social sector. However, the focus may now change to the latter. Income support scheme is already underway and ramp up in affordable housing may also be needed to get the desired impetus to the real estate sector," commented Radhika Gupta, CEO, Edelweiss AMC.

Although Modi's pro-active approach to the sector is expected to bring relief to the home buyers, companies like DLF, Soba Developers, Parsvnath Developers, Godrej Properties, Ultratech Cement etc. could give a major boost by undertaking affordable housing projects.

In the past few weeks, the equity market breadth has remained neutral, coupled with mixed trend observed across the sectoral indices. It is likely that the undergoing consolidation will continue till the budget outcome.

As reform relative stocks are suggested from a long-term perspective, equity investors are advised to invest in the sectors which are likely to be in the limelight for the next 3 to 5 years as per the expected budgetary allocation.

Budget 2019: Challenge for the government to meet fiscal deficit target of 3.4%