In the two volumes of the 694-page Economic Survey running into two volumes, China has been referred to 136 times, much higher than the second highest for the United States at 70 times 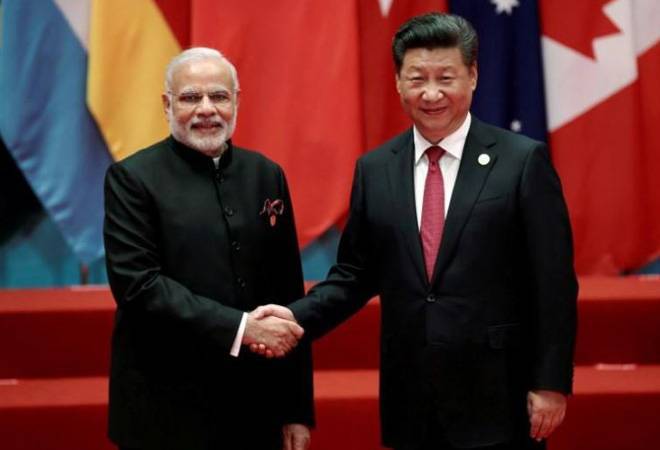 Even in in the last Economic Survey of former CEA Arvind Subramanian, China was referred around 110 times.

If it was the remarks on Pakistan that echoed during the last Elections, it was China all the way on the pages of Economic Survey presented by Chief Economic Adviser Krishnamurthy Subramanian on Thursday. The survey emphasised that India is ahead of its neighbour, considering the pace of growth. It cited the IMF's World Economic Outlook saying India's GDP grew at 7.5 per cent while China grew at 6.9 per cent. China is second largest in nominal GDP (at $13.4 trillion) after the US, while India is ranked seventh at $2.72 trillion. The Modi government targets to grow nominal GDP to $5 trillion by 2025.

In the two volumes of the 694-page Economic Survey running into two volumes, China has been referred to 136 times, much higher than the second highest for the US (70 times). In the last survey of former CEA Arvind Subramanian, China was extensively covered, but referred around 110 times. Brazil was mentioned 29 times in the new survey, while Russia 20. Sri Lanka and Bangladesh were mentioned 14 times, but Pakistan failed to feature in the first volume and showed up in six places in the second. Among world leaders, only Barack Obama was mentioned in the survey for his data initiatives for transparent government. Prime Minister Modi was referred in 11 places.

China continues to be the largest source of imports into India accounting for 13.7 per cent of the total imported value in 2018-19. However, India's imports from China fell to $70.3 billion from $76.4 a year ago. India's largest export destination is the US, which accounted for 16 per cent of India's exports (in value terms) in 2018-19, followed by UAE, China and Hong Kong. However, the growth of India's exports to the Netherlands was the highest (40.7 per cent), followed by China (25.6 per cent) and Nepal (17.4 per cent).

India is still the largest remittance- receiving country ahead of China, with migrant workers sending home $78.6 billion. India's external debt to Gross National Income (GNI) ratio at 19.8 per cent was fourth lowest, while China continues to have the lowest ratio of 14 per cent. Though India is the third largest debtor country after China and Brazil in absolute amounts among developing countries, its average-age of debt is much higher. The ratio of short-term debt to total debt is only about 19 per cent for India while that of China is 69 per cent.

The survey says that China has relied primarily on savings and investment with consumption decreasing significantly as a share of GDP. Without hiding its fascination for how China creates job, the survey says that they did it by fostering investment. The success story of Town and Village Enterprises (TVEs) in China became the engines of its spectacular growth and it shows how labour-intensive manufacturing investment can simultaneously boost productivity, job creation and exports, the survey quoted Wei and Balasubramanyam.

The major threat facing the world economy, according to the survey, is the increase in trade tensions between U.S. and China, which could lead to large disruptions in global value chains.