The meeting was attended by over 40 economists and other experts, organized by NITI Aayog, on the theme "Economic Policy - The Road Ahead" 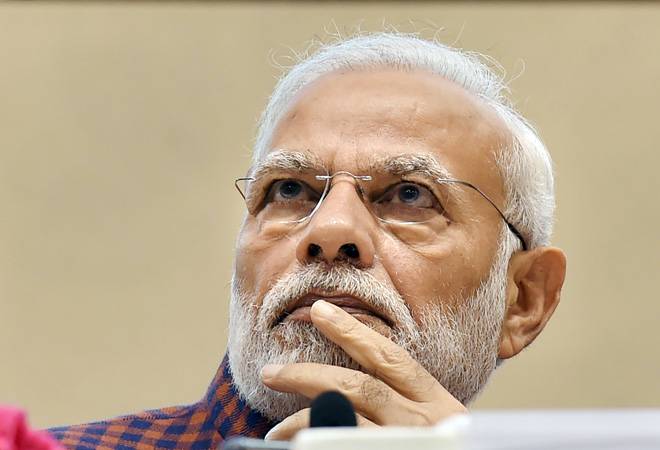 Ahead of the union budget, Prime Minister Narendra Modi held a meeting with leading economists in New Delhi on Saturday to review the macroeconomic situation of the country and to deliberate upon economic policy roadmap for boosting growth and employment generation.

The meeting was attended by over 40 economists and other experts, organized by NITI Aayog, on the theme "Economic Policy - The Road Ahead."

"During the session, participants shared their views, in five distinct groups, on the economic themes of macro-economy and employment, agriculture and water resources, exports, education, and health," according to a statement released by the Prime Minister's Office.

The Prime Minister thanked various participants for their suggestions and observations, on various aspects of the economy, it said.

Had a fruitful interaction with economists and other experts on the themes of macro-economy and employment, agriculture and water resources, exports, education, and health.

The inputs received were insightful and will benefit our growth trajectory. pic.twitter.com/AXW7oXCHlm

The meeting comes days ahead of the union budget that will be presented by Finance Minister Nirmala Sitharaman on July 5.

On June 5, days after PM Modi was sworn in as the prime minister for the second time, he had set up two new cabinet committees under his chairmanship to focus on two key concerns - investment and employment.

In the last five years, all efforts to address the issue of investment and employment have ended up with disappointing results. India's Gross Domestic Product (GDP) estimates for the January-March quarter of the financial year 2018-19 was recorded at 5.8 per cent, which happens to be the lowest growth rate in the past five financial years. The lower GDP growth figures were attributed to weaker domestic consumption, slower global growth and tensions between the United States and China.

Meanwhile, unemployment in the country hit a 45-year high at 6.1 per cent in 2017-18. The annual report (July 2017-June 2018) of the Periodic Labour Force Survey (PLFS) showed that unemployment rate was higher in the urban areas at 7.8 per cent as compared to 5.3 per cent in the rural.