Railways Budget 2019: Tough task ahead of balancing revenue and expenditure

Railways Budget 2019: During the last three years of the previous Modi government, the operating ratio remained above 95 per cent, reaching 98.4 per cent during 2017-18 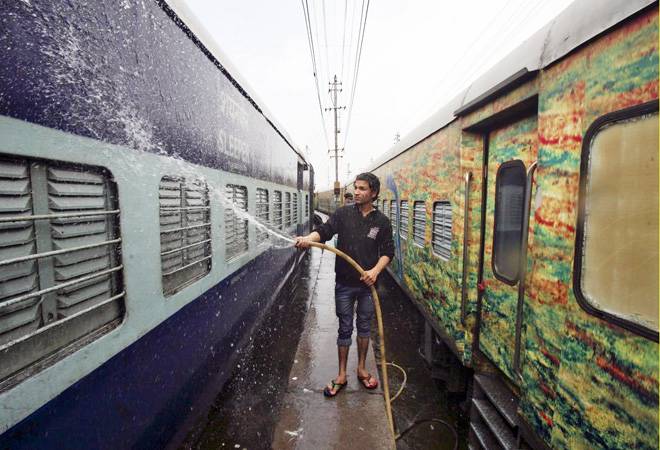 Railways Budget 2019: The Railway Budget was merged with the General Budget in September 2016.

Railways Budget 2019: When Nirmala Sitharaman presents her first Union Budget, a lot of attention will be on what it holds for the Indian Railways. The Railway Budget was merged with the General Budget in September 2016. In the last five years of the NDA regime, the Indian Railways continued to struggle to bolster its profits despite a steady increase in its revenue. Steps to address this perennial issue, if they are announced in the Union Budget 2019, will be significant policy measures on part of the Modi government after their return to power.

The Indian Railways has been suffering from poor operating efficiency for the past many years. The state-owned rail transport agency reported an operating ratio above 90 per cent for seven out of ten years under the UPA-I and UPA-II governments. During the last three years of the previous Modi government, the operating ratio remained above 95 per cent, reaching 98.4 per cent during 2017-18.

Operating ratio indicates an entity's operating expenses as a percentage of its revenue. A higher operating profit hinders an organisation's ability to generate profits.

While its revenue has increased, Indian Railways also reported an increase in its expenses. In 2018-19, the staff expenses and allocation to pension fund were the biggest head under Railways' expenditures, amounting to 66 per cent of its estimated expenditure.

Of late, the Railway Ministry has tried to supplement its revenues by the way of asset monetisation. The move is expected to generate around Rs 25,000 crore for the organisation.

Indian Railways' expenditure on staff is extremely high and it kept increasing with every Pay Commission revision. Contrastingly, the staff productivity is quite low, below countries like the United States, Russia, Japan, France and China, according to a report by PRS India. Streamlining the recruitment process and focus on training might be able to address this issue, the report shows.

High fuel prices have also weighed down Indian Railways' profit, as the organisation has been spending 16-19 per cent of its revenue expenditure on fuel.

The problem of dismal profits cannot be solved by merely increasing fares either as the upper class fares are facing competition from budget airlines and AC bus services. A fare hike for second class might lead to a loss in traffic as it is usually used by poorer sections of the society.

All points considered, it remains to be seen whether Nirmala Sitharaman has something in the Union Budget 2019 that can appease both the railway passengers and Indian Railways.