Budget 2019 LIVE updates: The Budget 2019 will be the last one presented by Narendra Modi led NDA government before the General Elections due in May. 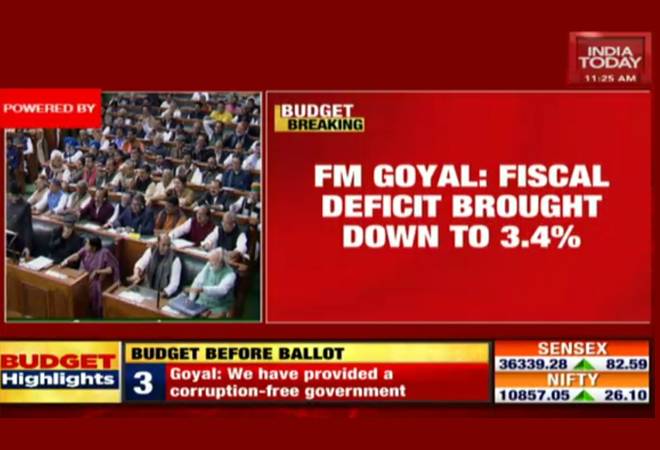 Finance Minister Piyush Goyal is presenting the Interim Budget 2019-20 in Parliament. The Budget 2019 will be the last one presented by Narendra Modi led NDA government before the General Elections due in May. This could be one last attempt of the Modi-led government to pursue voters. The presentation has already started. Catch the live streaming of the Union Budget 2019 on India Today

The Indian middle class is expecting changes to the existing income tax slabs. Meanwhile, for start-ups and the corporates, the government could slash angel tax and corporate tax. The Union Budget 2019 is expected to be a populist one and the government is expected to take measures to  tackle agrarian distress. The Budget 2019 is expected to  be led by economic issues. The Budget Session will continue till February 13, 2019 in which Lok Sabha and the Rajya Sabha will have total 10 sittings and the Question Hour will be held from February 4 to 8 and on February 8, discussion on private member's bill will take place.

Also Visit: Budget 2019 Live Streaming: When and Where to watch; here's everything you need to know