Union Budget: One of the important focus areas in National Infrastructure Pipeline is the roads sector, and the recent experiences in this sector provide for an interesting case study of the challenges ahead 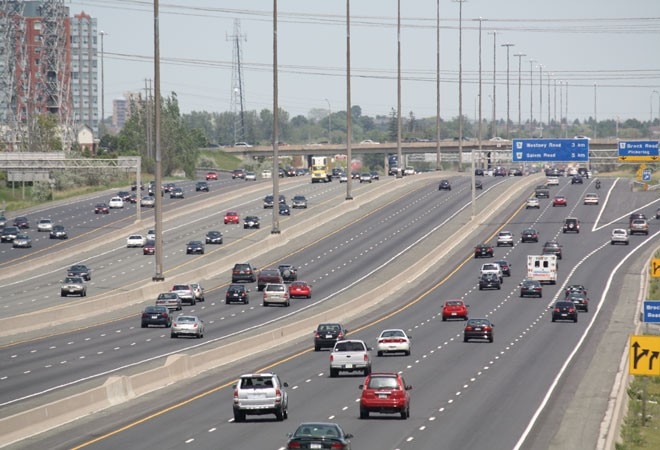 Budget 2020 wishlist: Government's commitment to developing infrastructure has shifted the focus how these projects will be funded

Budget 2020: With the government's recent announcement of the Rs 102 trillion national infrastructure pipeline (NIP), the focus has now shifted to the challenges of financing this major initiative. One of the important focus areas in NIP is the roads sector (contributing around 19% of the total investments), and the recent experiences in this sector provide for an interesting case study of the challenges ahead.

The government announced the ambitious Bharatmala Pariyojana to develop important corridors in the country in the year 2017 and detailed out the first phase of the scheme for development of approximately 35,000 km of roads at an overall capital outlay of Rs. 5.35 lakh crore. In line with this vision, the ministry of road transport and highways (MoRTH), along with its agencies, namely NHAI and NHIDCL, have ramped up road construction from 2 km per day in 2014 to 30 km as on Dec 2019. The Government intends to increase this further to 40 km per day next year.

An analysis of NHAI's annual reports shows that the total expenditure of the agency has witnessed a cumulative average growth rate of more than 35% over the last 5 years. A substantial reason for this increase is attributed to the high cost incurred towards land acquisition and other pre-construction activities. Coupled with higher than projected civil construction costs, and time lag in the execution of highway projects, the overall cost of executing Bharatmala phase 1 is expected to cross Rs 10 lakh crore.

Financing this increase in expenditure has presented substantial challenges for the government. The private sector has remained cautious about investing in national highways, resulting in the award of only two BOT (Toll) projects in the last two years.

While the government has successfully introduced a hybrid annuity model (HAM) wherein it only bears 40% of the costs upfront, a substantial portion of this infrastructure investment has to come through government spending.

As per 2015 study, globally project accruals from user fee tend to contribute just 5% to 7% of the total funding requirement for highway development, and the remaining amount is met through other levies and budgetary support.

The same seems to be true for India as well, wherein the toll collection of national highways (on public-funded projects) contributes less than 10% of the total budget of NHAI.

NHAI has also experienced a substantial decrease in government support through budgetary allocations (from approximately 60% in 2009-10 to less than 15% in 2018-19). NHAI thus had to rely on increasing its borrowings by a whopping 1800% in the last 5 years.

More than 60% of the organisation's budget was financed through borrowings in FY19, and the total outstanding debt as on date exceeds Rs 2 lakh crore, with the debt servicing obligations exceeding Rs 40,000 crore in FY22.

Hence, MoRTH has requested for almost a 100% increase in budgetary allocations for FY21 over FY20, and a significant portion of this is expected to flow to NHAI.

Realising the challenge, the government has started to look at alternative ways of financing its road development programme. MoRTH has been a pioneer in asset recycling, which is expected to enable it to generate further revenue from its already matured assets and provide fiscal leeway to fund future projects.

MoRTH has successfully completed two TOT (Toll-Operate-Transfer) transactions to date and has developed a pipeline of assets to be monetised in the future.

Further, NHAI has already started working towards a public sector InvIT and has received a go-ahead from the cabinet for the same.

In this context, the government may explore additional interventions to address the financing challenges. A mechanism needs to be operationalised for raising off-balance-sheet funding for national highway projects.

In this regard, the NHAI signed an MoU with NIIF last year for developing an SPV based model in which institutional investors can bring in equity for funding of a ring-fenced highway project.

In a similar vein, the government may also consider developing a mechanism to enable project-based financing for its projects, and tap the corporate finance market for such funding.

Getting the private sector back in a big way will have to be the topmost priority since the government has limited fiscal headroom. Addressing challenges faced by the lenders is also paramount.

The ministry of finance can help by allowing infrastructure debt funds (IDFs) to undertake primary financing of TOT Projects and InvITs. MoRTH should also leverage the experiences of other sectors for implementing value capture financing (VCF) as a tool to monetise land around highways, ring roads, etc.

Given that over the years, roads sector has been the backbone of India's transportation network and has contributed to the country's consistent growth, resolving financing issues in this sector can serve as a template for achieving the ambitious targets under NIP.