Union Budget 2020: The (commerce and industry) ministry in its (budget) proposals has suggested rationalisation of basic import duty on around 300 items from various sectors comprising chemicals, coated paper, furniture, paper boards and rubber 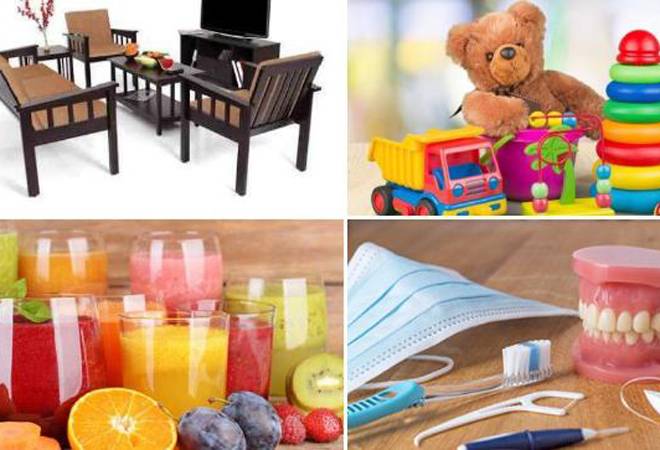 The government may make this announcement to boost its 'Make in India' vision and promote manufacturing growth.

These budget recommendations have recently been made by the Commerce and Industry Ministry to the Finance Ministry.

For new pneumatic tyres of rubber, it has proposed to hike customs duty to 40 per cent from the current 10-15 per cent.

Similarly, on footwear and related products, the ministry has suggested an increase in duty to 35 per cent from the current 25 per cent.

"There is a significant increase in imports of undervalued and cheap footwear. Hike in the duty will help address the issue of price competition. Majority of imports are coming from ASEAN countries, with which India has a free trade agreement. It is also suspected that China is re-routing large quantities of footwear through these countries," sources told the news agency.

The ministry has proposed to increase import duty on wooden furniture to 30 per cent from the current 20 per cent.

For coated paper, paper boards and hand made papers, it has suggested doubling the duty to 20 per cent.

However, it has asked for the removal of import duty on waste paper and wood pulp, which is currently at 10 per cent and 5 per cent, respectively.

The paper industry has expressed concerns about cheap imports and surge in inbound shipments.

"This has a significant negative impact on coated paper manufacturing industry. Increase in duty will help the domestic industry to compete with global players. It would also protect local manufacturers and ensure sustained growth of the domestic paper industry," one of the sources said.

For wood, metal and plastic toys, the ministry has suggested an increase in import duty to up to 100 per cent from the current 20 per cent.

Budget 2020: Why HDFC is pitching for one-time loan recast for realty projects